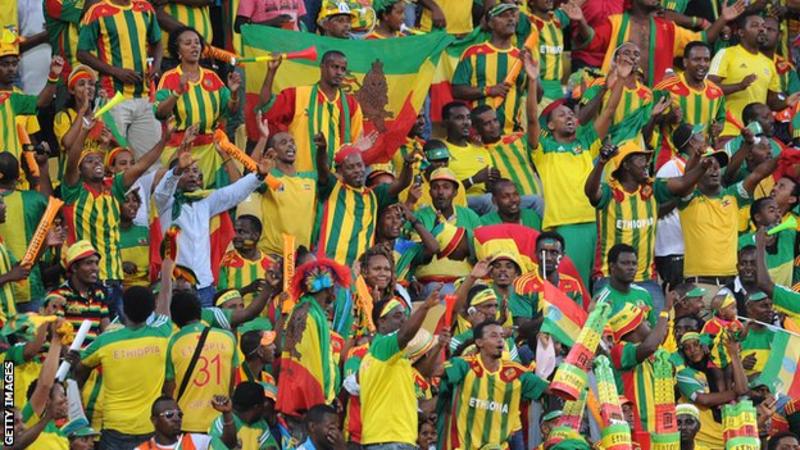 The Ethiopian Football Federation (EFF) has confirmed that it will not be sending a team to the regional Cecafa Regional Senior Challenge Cup in Uganda later this month.

It means that an expected match against neighbours Eritrea will not be going ahead – the two nations had initially been drawn in the same group for the tournament.

The EFF has also said that it will not be entering a team into the Cecafa Women’s Under-17 Challenge Cup, which Uganda is also hosting.

No official reason was given for the federation’s decision not to send the teams to the tournaments.

BBC Sport understands that financial difficulties are at least part of the reason for the teams withdrawals.

Ethiopia and Eritrea have not played each other at senior level since the two nations became involved in a border war in that began in 1998.

Relationships between the two countries have improved since diplomatic ties were resumed last year.

In recent weeks peace has returned to the area with diplomatic ties being resumed.

Since then both federations have been trying to arrange at least a friendly between the two countries, however the match is yet to be organised.

Ethiopia did take part in the inaugural Cecafa Men’s Under-15 Championship earlier this year that was hosted by Eritrea, however the two sides did not play each other.

The withdrawal means Group A at this year’s Senior Challenge Cup will feature hosts Uganda, Burundi and Eritrea.

Group B will feature guest team DR Congo, who will use the tournament to prepare for the 2020 Total Africa Nations Championship (CHAN), alongside Sudan, South Sudan and Somalia.

The tournament is due to be held between 7 and 19 December.

The Women’s Under-17 Challenge Cup is due to begin on 9 December with the final also on 19 December.

Without Ethiopia taking part it means Group A will be hosts Uganda with Eritrea and South Sudan while Group B features Tanzania, Burundi as well as Djibouti.