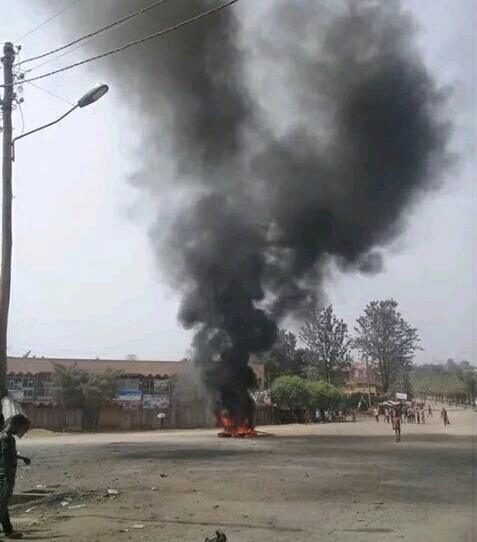 The national army has been dispatched to Tepi to stop clashes between the Sheka and residents of Tepi, who are mix of various ethnic groups and considered as outsiders by the Shekas.

On Thursday, violent clashes between residents of Tepi and the Sheka resulted the loss of five lives.

Residents of Tepi town, who said they have been attacked by the Sheka, blocked roads with burning tyres and rocks, and clashed with security forces.

Residents who spoke to ESAT yesterday from Tepi called on federal authorities to step in to stop the violence.

Three people from the Sheka ethnic group were killed in the outskirts of Tepi, allegedly armed and on their way to attack residents of Tepi.