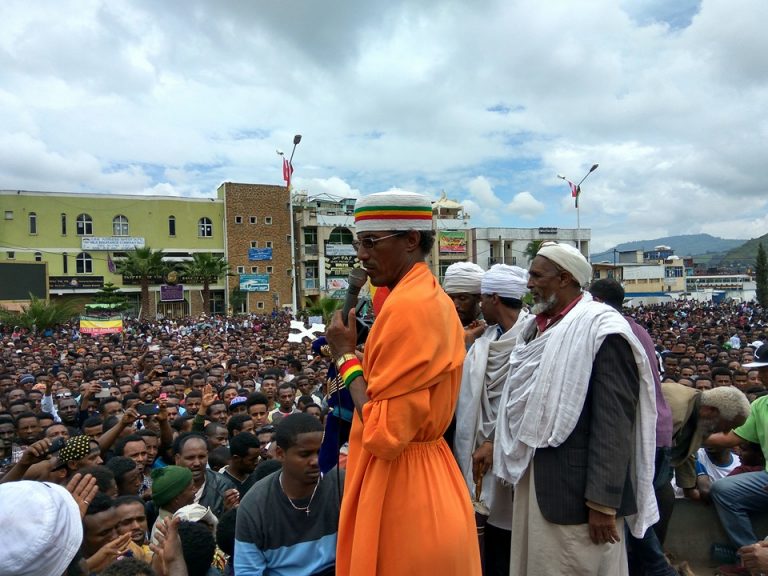 GONDER (HAN) July 31.2016. Public Diplomacy & Regional Security News. Defying a government order not to go ahead with a protest rally, Gonder not only held a massive protest rally but also rekindled the spirit of Ethiopian Unity by condemning government killings in Oromia.

Images posted by protesters and other eye witnesses on social media show hundreds of thousands of people carrying Ethiopian flags and placards singing and chanting against the government’s regime.

Salute of solidarity from the #AmharaProtests to the #OromoProtests

What is happening in Gondar and Oromia clearly demonestrates the immediate need for national consensus. https://t.co/FjdWnMrbSq 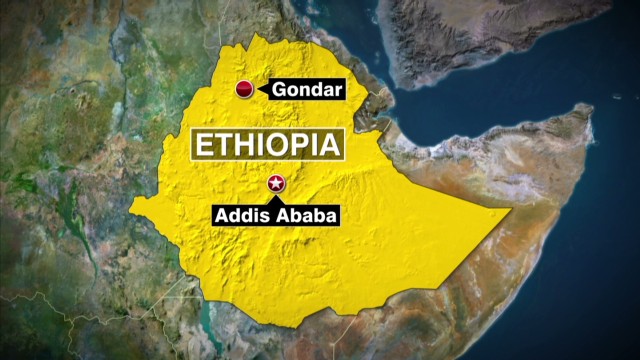 Gondar or Gonder is a city and separate woreda in Ethiopia. Located in the Semien Gondar Zone of the Amhara Region, Gondar is north of Tana Lake on the Lesser Angereb River and southwest of the Simien Mountains

On Sunday, patriotic Gonder held the genuine Ethiopian flag high in the air throughout the day.

The protesters also chanted that the imprisoned Welkait Tegede committee men should be released without any preconditions, or else face the consequences. Marchers also denounced ongoing killings in Oromia, and vowed their struggle wouldn’t stop short of securing what it takes for the reign of democracy, freedom and justice in Ethiopia.