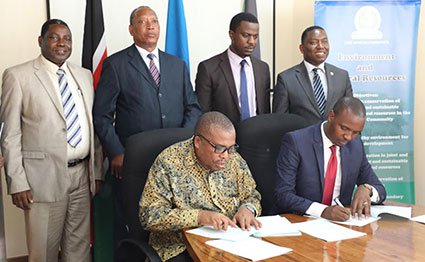 The sale deal was signed on Wednesday at the Arusha-based East African Community headquarters between Tanzania’s Director of Cereals and Produce Board, Dr Hussein Mansour and Indopower Solutions CEO Mr Brian Mutembei.

The crop is part of the 213,000 tonnes that the government has been holding after President John Magufuli ordered the entire cashewnut harvest be bought directly from the farmers in October for $1.43 (Tsh3,300) per kilogramme.

The Minister for Industries and Trade Joseph Kakunda said the sale was a relief to the government’s efforts to find market for its most valuable export crop.

He added that some 18 foreign processing firms have also shown interest in buying the crop from Tanzania.

The bulk of the raw cashewnuts are shipped from Tanzania and other African countries to be processed, mainly in Vietnam and India.

Mr Mutembei said cashews would be processed and re-exported.

“Hauling of the cashews would commence anytime from next week,” Mr Mutembei said in Arusha.

According to the Food Agricultural Organisation, Tanzania ranks fourth in the production of cashewnuts in Africa, accounting for 20 per cent of the regional market share.

It is preceded by Nigeria, Guinea-Bissau and Cote d’Ivoire. Tanzania ranks the eighth at a global level with the Far Eastern countries taking the top slots.