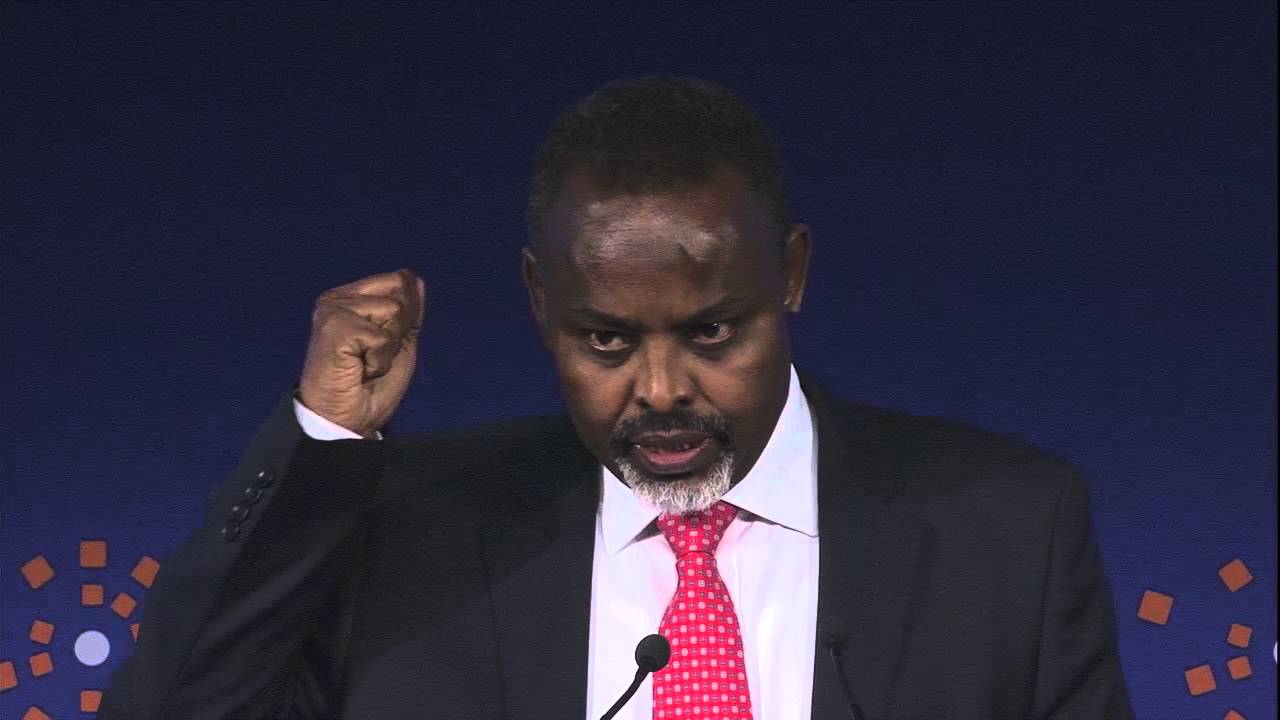 There have been concerns, especially among the federal states, that no new territories have been reclaimed from Al Shabaab since President Abdullahi Mohamed Farmajo came to power in February 2017…

Yes, there has been pressure on the African Union Mission in Somalia, Amisom, and the Somalia National Army (SNA) to show some results.

But our soldiers need advanced weapons and training. Our soldiers have the same weapons as Al Shabaab, so how can we be effective?

For example, the US—the strongest and the most sophisticated military in the world — has been fighting the Taliban in Afghanistan for 17 years but have not succeeded despite superior weapons.

How do you expect the Somalia government, which is under a UN arms embargo, to effectively fight Al Shabaab? It is like they have tied our hands and they are telling us to fight.

Second, security problems occur when the authorities are fragmented, just like the current tension between the centre and federal states.

In that case, what is President Farmajo doing to solve the tension between the centre and regional states that started in September last year?

The problems between the centre and the regional governments did not start with President Farmajo.

They have always existed because the federal states were founded before the Constitution was formulated.

Now the main problem is that the government is trying to implement the law and, in the process, take away some things that do not belong to the regional governments — something they are resisting.

Among these things are foreign policy, the military, international borders and issuance of licences for the exploration of oil.

But because they have been enjoying leverage over these areas for many years — the law wasn’t in force then — they feel the government is interfering in their internal affairs. But I believe that President Farmajo will solve the differences in an amicable way.

What is the Somali government’s position on the phased withdrawal of Amisom troops that started in December 2017?

Our position is that any withdrawn troops must be replaced by Somalia soldiers who are well trained and equipped.

The challenge is that the international community was supposed to train and equip about 30,000 SNA soldiers by the time Amisom finally withdrew in 2021, but that is not happening. What it means is that SNA cannot fulfil its responsibility.

Somalia has not had an ambassador to Kenya for two years; how do you plan to strengthen bilateral relations between the two countries?

Kenya is one of the most important countries in our foreign policy, politically, socially and economically.

We depend a lot on the Kenyan manufacturing sector and human capital and skill transfers.

For example, the two presidents have agreed that Kenya will train teachers and nurses — which I will follow up because it has not been implemented.

Our vision is to see free movement of goods and people provided that we deal with security first.

However, there is a trade imbalance in favour of Kenya. About 12,000 Kenyans work in Mogadishu and almost eight aeroplanes carry miraa to Somalia everyday, while millions of dollars are transferred to Kenya.

We want to bridge this gap by exporting fish and bananas to Kenya.

How has the Somali economy benefited from the direct flights introduced by Kenya Airways?

The direct flights have improved connectivity and trade between the two countries.

As a free market, Somalia welcomes other international airlines to increase competition, which will result in lower airfares.

We want to tell other airlines not to be intimidated by terrorism because it is a global problem and can happen anywhere.

Since the recent terrorist attack in Kenya, have the two countries initiated new areas of co-operation to stem such incidents in future?

President Farmajo called President Uhuru Kenyatta after the attack and they discussed security co-operation along our borders and intelligence sharing.

However, the Kenyan government should work directly with the federal government and not any other entity in Somalia.

We know the Somali regional states are also central in ensuring security, but the regional authorities comprise several clans who have conflicts among themselves so it would be difficult for them to deal with Kenya on regional security.

Security was one of the key campaign issues for President Farmajo. How far has the national security architecture progressed after almost two years?

We are not only fighting Al Shabaab but also Isis, or Daesh. Somalia is the only African country that is fighting two international terrorist groups within its borders, and still the international community maintains an arms embargo against the country.

Currently, we are facing another problem of arms coming in from Yemen. It is our sovereign right to defend ourselves but how can we fight them if we cannot arm ourselves?

That is why Somalia would like to see governments from the region, led by Kenya, campaigning in the international arena for arms embargo should be lifted. Our army can be more efficient and effective if they are properly armed.

Is Somalia ready to hold one-person one-vote elections in 2020?

Yes, we hope one-person one-vote will take place at the end of 2020 but we will only be sure when we get there.