Home Ethiopia Leaving the ICC is no big deal, we already have an African... 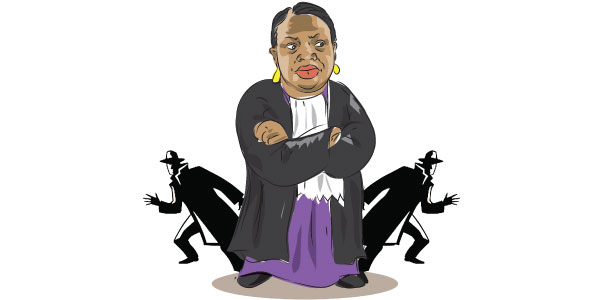 NAIROBI (HAN) November 9.2016.Public Diplomacy & Regional Security News.By GEOFF HILL. As Kenya and South Africa prepare to leave the International Criminal Court, you have to wonder what difference it makes to the continent.

Not much, I suspect.

In more than a dozen years since it began operation, the ICC has managed just eight convictions.

Amnesty International’s director for Africa, Netsanet Belay, believes the pullout is a tragedy. South Africa, Kenya, Burundi and Gambia have all announced their withdrawal.

“For many Africans, the ICC presents the only avenue for justice for the crimes they have suffered,” he said.

In short, it “is a blow to millions of victims around the world.”

Justice works by consent. It’s the same with tax or the police: If enough people fail to co-operate, there’s not much a government can do.

Take President al-Bashir of Sudan. The ICC issued a warrant for his arrest in 2009; since then, he’s visited a swathe of member countries including Chad, Uganda, Kenya, Djibouti, South Africa and the DRC. No one was willing to hand him over, so what’s the point?

One of the African Union’s problems with the Rome Statute is that it doesn’t exempt sitting heads of state.

But on a list of the world’s 10 longest-serving rulers, seven are from Africa, led by Paul Biya of Cameroon who took power in 1975.

So, surely, to offer immunity from prosecution is to fuel the problem of leaders staying on for fear of arrest if they step down.

When Biya came to office, Jomo Kenyatta was president of Kenya, Mao ruled China, Ian Smith was prime minister of Rhodesia and Margaret Thatcher was four years from winning the 1979 election. Idi Amin was just halfway through his murderous reign in Uganda, and Djibouti was not yet independent.

Eduardo dos Santos has run Angola since 1979, Mugabe has run Zimbabwe from 1980 and Yoweri Museveni has been president almost 31 years.

And, in any case, what is a head of state? Let’s say there was a coup in Kenya and the new leader set about slaughtering thousands, even millions of people. Should we ignore that while he or she is in office?