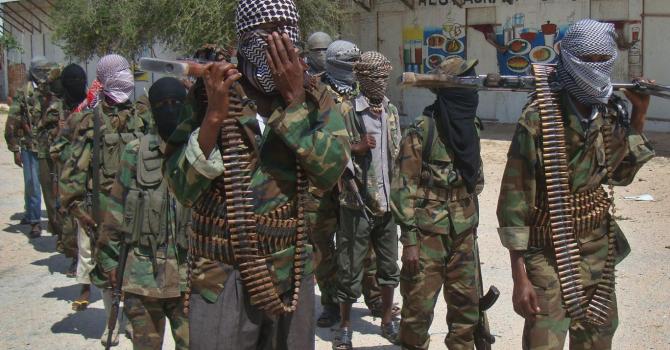 George Kinoti, a spokesman for Kenya’s National Police Service, revealed that the militants have been running away from Somalia towards Kenya after the KDF assault and now pose a security threat to the country.

“Arising out of stepped up operations in Somalia by the KDF, Al-Shabaab elements have been on the run in different directions with some heading towards our border. There is therefore real danger that some may slip undetected to stage attacks in our country,” he said, according to The Standard Digital News (SDN).

“The police service has asked Kenyans to be vigilant and report any suspicious persons, activities or objects,” TUKO news reports. “They asked security guards to thoroughly screen people and vehicles getting into premises. Matatu and hotel operators, and other service providers were also urged to be cautious of any suspicious people or objects.”

In the past ten years, more than 900 Kenyans have reportedly been killed in terrorism-related attacks.

Al Shabaab leaders have declared their allegiance to al Qaeda. The Islamic State (ISIS/ISIL), al Qaeda’s rival, has been trying to establish a foothold in al Shabaab stronghold Somalia.

ISIS jihadists have been fighting with al Shabaab over turf in Somalia. The al Qaeda-linked militant group has threatened ISIS coverts with immediate execution.

“Somalia’s al-Shabab militant group, which has declared loyalty to al-Qaeda, also is carrying out a sweeping purge, threatening to kill members who are suspected of defecting to the Islamic State,” reported The Washington Post in December 2015.
The U.S. military has been targeting al Shabaab jihadists in Somalia with airstrikes, carried out by both drones and manned aircraft.

A 22,000-strong African Union is also combating al Shabaab on the ground.

The terrorist group was pushed out of the Somali capital Mogadishu by the African Union peacekeeping forces in 2011. However, al Shabaab has managed to continue launching attacks to overthrow the Western-backed government in Somalia.

“Al-Shabaab terror attacks have been on the increase since Kenyan troops crossed to Somalia to crush the group in 2011,” reports SDN. “They have been blamed on killings of more than 900 Kenyans and left more than 1,000 others injured in separate attacks.”