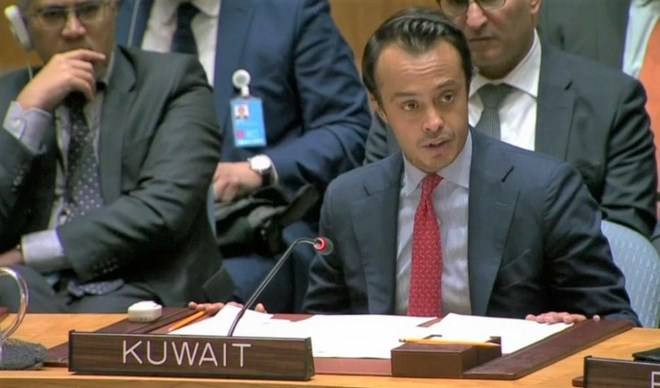 This came during a speech delivered by Kuwait UN permanent delegation member, Advisor Nawaf Al-Ahmad in a meeting of the Security Council on Somalia.

Al-Ahmad called on the international community to continue providing political and material support to the Somali federal government to enable it rebuild and stabilize the state.
He welcomed the adoption of Security Council resolution 2498, which extends sanctions against Somalia for a year, noting that this extension reflected the importance of continuing to support Somalia at this important stage in its history, hoping that the coming period would see progress in monitoring the implementation of the sanctions measures.

Al-Ahmad also praised efforts exerted by the Somali federal government to create conditions for holding general elections by 2020-2021, calling on all Somali parties to overcome obstacles that undermine the achievement of political, economic and security integration.