Home frontpage K’Naan called out by Somali’s in Minneapolis for ‘portraying them as terrorist’... 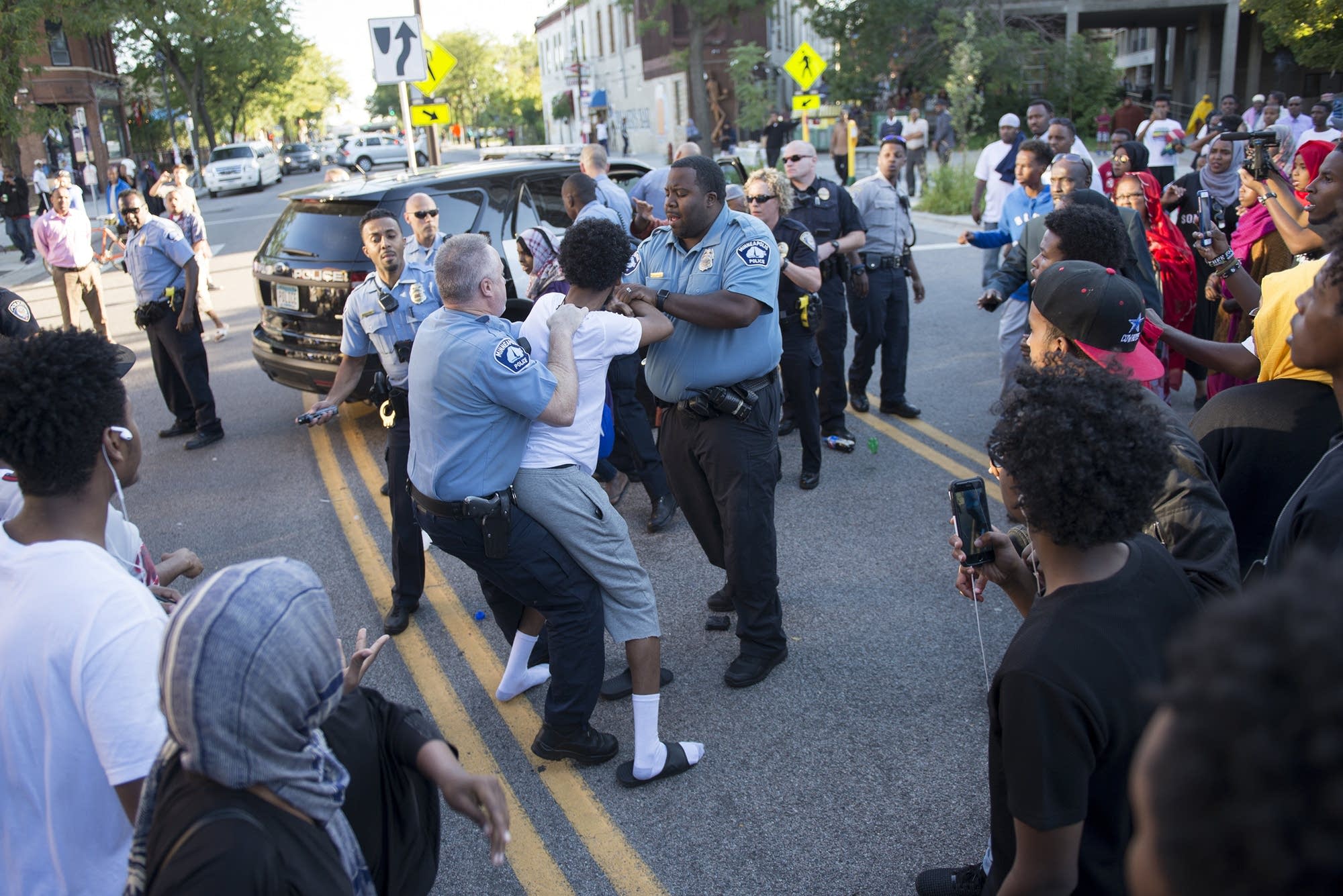 MINNEAPOLIS (HAN) September 13.2016. Public Diplomacy & Regional Security News. Somali super star based in Canada, K’Naan Warsame was at the tail end of a protest in Minneapolis after Somali-Americans living in the Cedar Riverside Community shouted him down for “exploiting them”.

The September 9 incident saw the residents gate crash his West Bank Block Party where he was performing and shouted him down. Cops were called.

The protesters had placards reading “Stop exploiting the Somali community”.

One protester with a bullhorn, identified as Filsan Ibrahim, 27, said, “We want to stop K’Naan because he is making a movie called The Recruiters , an HBO series. It is going to be talking about how the Somali kids in Cedar are terrorists!”

The TV series is described by several media reports as a drama about jihadi recruitment set in Minnesota, which also involves director Kathryn Bigelow. K’Naan has also been in the Minneapolis area ahead of the filming for his HBO pilot series titled Mogadishu, MN formerly known as The Recruiters .

After K’Naan left protesters were pepper sprayed by cops as the situation deteriorated and objects were launched at the officers causing them to take more action against demonstrators by arresting a few.

A video of all this drama was shot by Abdi Mohamed of All the Rage News Production and posted on YouTube.

Watch the video below.

One fan tweeted K’Naan saying, “@KNAAN Then you come along a fellow Somali, someone with a voice and you’re exploiting their pain. That really hurts.”

He responded, “@SerenitySoul1 I completely understand and I would be hurt too, but only if that assumption was true,” adding, “@SerenitySoul1 I agree with you that perhaps I should do more, but theres only so much one could talk about, when the work is yet to be made.”

Another fan asked K’Naan on Twitter, “Is your show putting money into the Somali communities in Minneapolis pockets?” and he responded, “@Sdotttie @khalifjunior actually yes.”

One fan justified the protest tweeting, “Kathryn Bigelow glorified torture in Zero Dark Thirty. I hope you see why we would be suspicious.”

K’Naan tweeted, “@khalifjunior people are so excitable. Most who are making comments have never asked me what my show is about – amazing.”