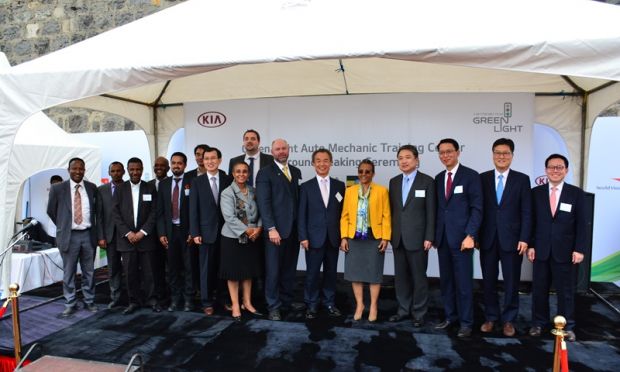 South Korea’s Kia Motors Corp signed a deal with a local company on Thursday to start assembling cars in Ethiopia and is thinking of similar operations elsewhere in Africa.

“It is important to penetrate the African market. We are also looking at the prospects of opening similar plants in Algeria and other countries,” Soon Nam Lee, President of Kia’s Middle East and Africa headquarters, told Reuters.

Kia and Belayab Motors Plc, with whom it signed the agreement, said the plant in the town of Adama south of the capital Addis Ababa, will produce its first vehicle in January.

“We plan to produce 3,000 vehicles of three models every year,” Fikadu Girma, Belayab’s General Manager, told Reuters, adding the amount could rise to 9,000 if extra shifts are added.

The Rio subcompact model and the Sportage sports utility vehicle are among the models that will be assembled at the plant, which will be expanded through a 150 million birr ($6.83 million) investment from Belayab, he added.

Kia, whose only plant in the continent is based in Nigeria, said the move would enable it to establish a foothold in east Africa.

Ethiopia produces about 8,000 commercial and other vehicles a year for the home market, about a quarter of which are cars. Among those present include Chinese firms Lifan and Geely.

Though a minnow in the continental market, the government wants to turn the industry into one of the biggest on the continent through incentives such as cheap labour and tax breaks.