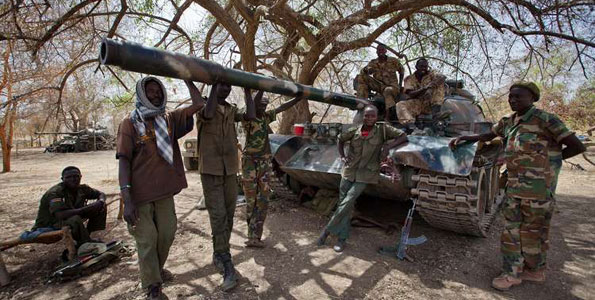 Sudan on Sunday threatened to shut its border with South Sudan used by refugees fleeing conflict if Juba failed to “fulfil its commitment” of expelling insurgent groups battling Khartoum.

South Sudan split from Sudan in 2011 under a peace deal that ended a 22-year civil war, but Juba and Khartoum have traded allegations of supporting each other’s rebels on their territory, charges which both countries deny.

Sudan has regularly accused its neighbour of aiding rebels in its war-torn Darfur, Blue Nile and South Kordofan regions.

“South Sudanese Vice President Taban Deng had given assurances that Juba will expel rebels within 21 days after his trip to Khartoum,” Sudan’s Minister of State for Foreign Affairs Kamal Ismail said, quoted by Sudan Media Centre, close to the powerful National Intelligence and Security Service.

“South Sudan must take a political decision to expel these rebel groups.”

Deng visited Khartoum on August 21-22, on his first trip as vice president, and held talks on outstanding issues between the two countries since Sudan’s north-south split.

Sudanese President Omar al-Bashir had ordered the reopening of the frontier with South Sudan on January 27 after years of tense relations between the two neighbours, including disputes over several border areas.

Armed revolts on both sides of the border have soured relations between Khartoum and Juba.

But in recent months, several top South Sudanese officials have visited Khartoum to thrash out pending issues such as the status of the contested border district of Abyei.

The United Nations refugee agency says Khartoum hosts more than 247,000 South Sudanese refugees, who have crossed into Sudan fleeing war and food shortages in their country.

The total number of refugees from South Sudan has passed the one-million mark after a renewed bout of fierce fighting in July.