Home frontpage Kenyatta hits out at UN over wastage of funds 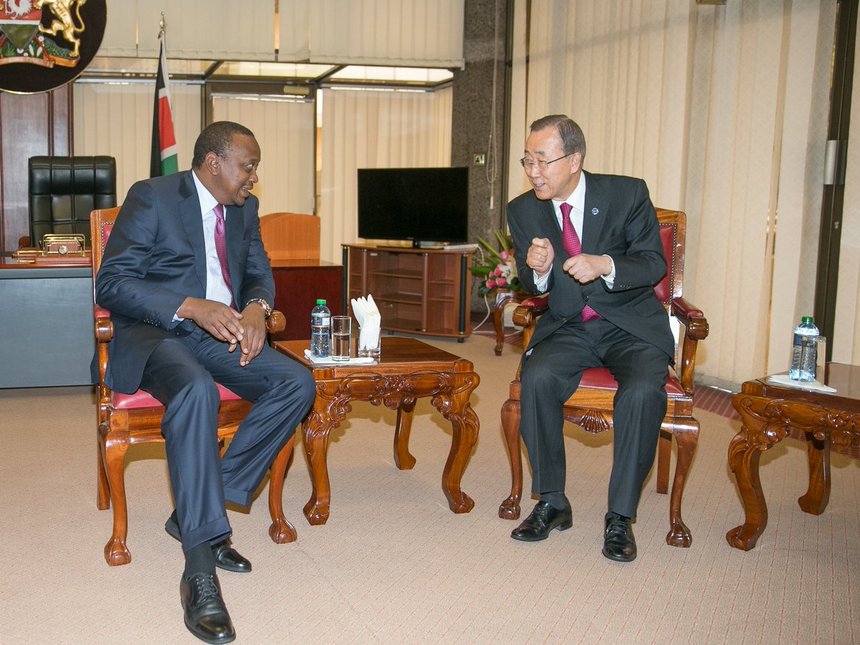 NAIROBI (HAN) July 18.2016. Public Diplomacy & Regional Security News. By OTIATO GUGUYU. President Uhuru Kenyatta has called on the United Nation to partner with African governments in order to make an impact even as he hit out at UN agencies over wastage of resources.

Speaking at the World Leaders Summit and round table of heads of agencies, Mr Kenyatta said the UN agencies need to partner with African governments to deliver the Sustainable Development Goals (SDGs).

“The UN spends billions of dollars on missions in Africa, but what impact do you have, you should come and ask us, how do we find solutions,” President Kenyatta said.
Mr Kenyatta even hit out at the UN body for spending money on non-essential expenditure and overlapping of roles.

“Intervention should be more than just paying huge salaries and buying big cars for your staff here, things that do not change anything,” President Kenyatta said.

According to President Kenyatta the narrative of undemocratic, corrupt African governments that lacked transparency, accountability and openness had changed over the last 15 years, and UN should embrace this change and work with governments.

“The big question now is how do the international partners join us, how do you move from the blame game to partners,” President Kenyatta said.

He said that UN bodies have a big opportunity to partner with national governments to help eradicate, diseases, hunger and poverty and empower the people of the developing world.

The Director General of the World Trade Organisation (WTO) Robert Azevedo however said developing countries should understand that transformation is not instant and involves a lot of internal processes in an external environment that focusses on diverging interests.

Mr Azevedo said the work of international agencies is to push the developed North to understand that a developed Africa is a win-win for everyone.

Director General United Nations office at Nairobi Sahle-Work Zewde said UN agencies can only be strengthened if members agree to change it.

President Kenyatta however countered that even within the UN, countries were not treated the same which makes it difficult to make the UN more effective.

“I really wish it was up to the member states, but that is not true, you should open up the security council for us to have our voice heard and not just those who came first. It is not a level playing field,” the Kenyan President said.