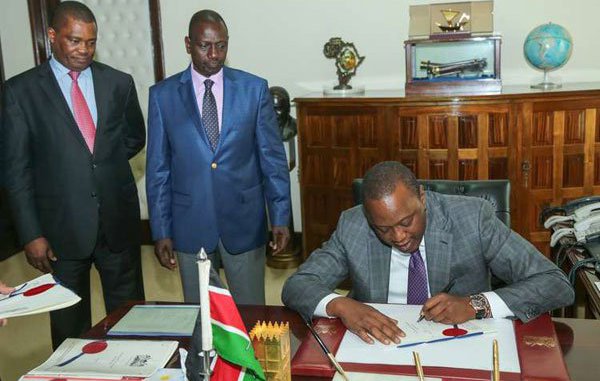 Parliament passed changes to the banking law in early August to cap commercial interest rates at 400 basis points above the central bank’s policy rate, now 10.5 percent. The changes had since been awaiting presidential approval.

“I have assented to the bill as presented to me. We will implement the new law, noting the difficulties that it would present, which include credit becoming unavailable to some consumers and the possible emergence of unregulated informal and exploitative lending mechanisms,” Kenyatta said in a statement (Reporting by George Obulutsa; Editing by Aaron Maasho)