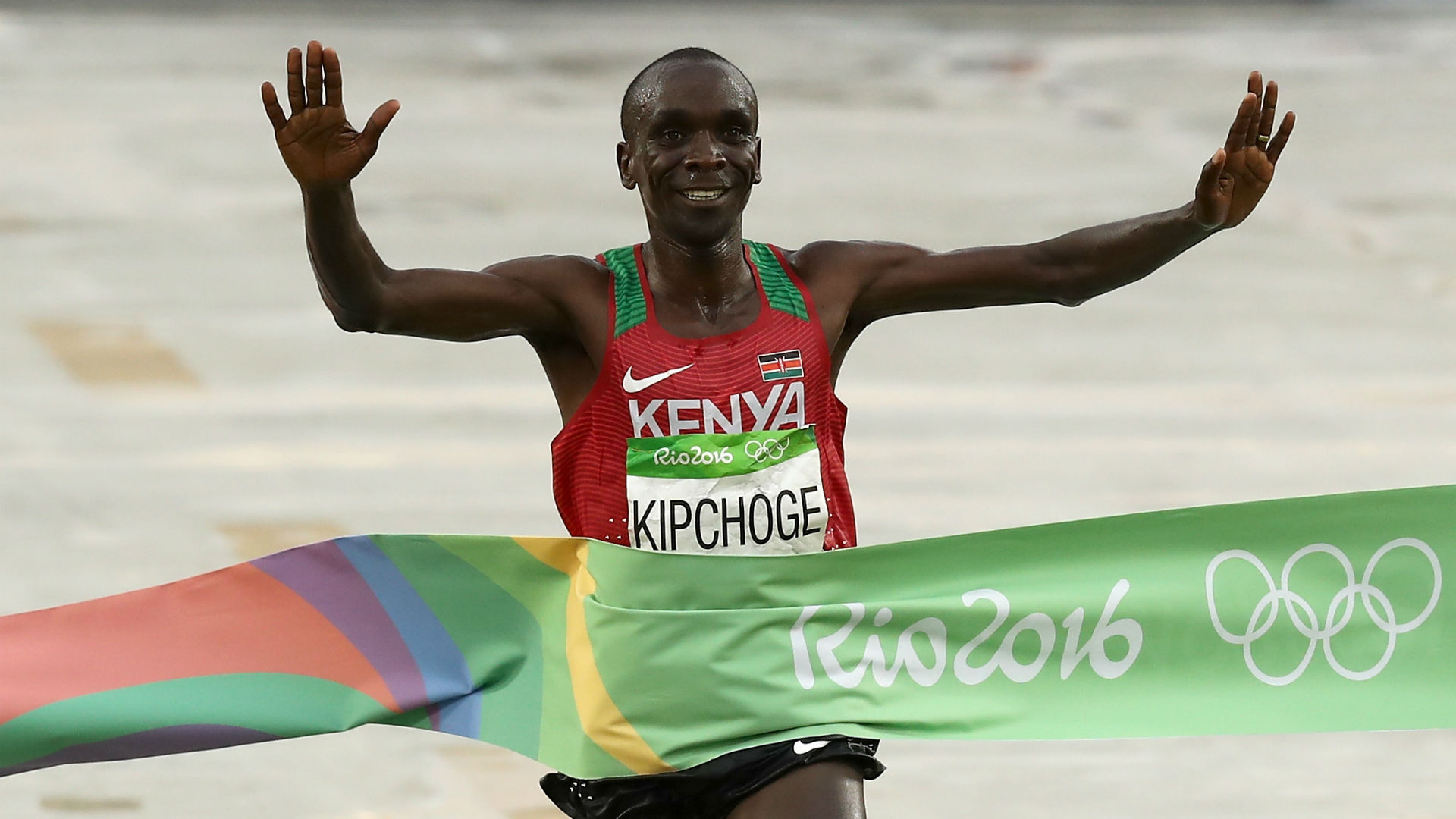 In a replica of the 2008 Beijing Olympics when the Late Samuel Wanjiru gave Kenya its first marathon title, it was Kipchoge time to wrap up the championships for Kenya in style.

It was Kenya’s sixth gold medal of the championships as the country finished with 13 medals; six gold, six silver and one bronze.

Kipchoge broke away from the 2012 London Olympics 10,000m silver medallist Gulen Rupp from the USA and Ethiopian Lelisa Feyisa at the 30km mark and never looked back.

The pace was too much for Rupp, who detached from the three-pack but its Kipchoge, who pulled away from Feyisa firing his pistons past the 35km mark in 1:47:40 and 40km in 2:04:24 to win and hand Kenya its second Olympic marathon crown.

Kipchoge moved to marathon in 2013, having not won the Olympic title in his 5,000m specialty. He had settled for bronze at the 2004 Athens before winning silver at the 2008 Beijing Olympics.

Kipchoge went into the trace hot favourite, having won the London Marathon in April in 2:03:05, missing the world record of 2:02:57.

Kipchoge was part of the leading group that cruised past the 5km mark in 15 minutes and 31 seconds.

The World champion Ghirmay Ghebreslassie from Eritrea led the group past the 10km mark in 31:08 with Kipchoge behind with a second with other Kenyans Wesley Korir and Stanley Biwott following.

Kipchoge injected some pace into the race as he led past the 15km mark in 46:53 with Biwott, Lemi Berhanu from Ethiopia and Alemu Bekele from Bahrain reacting too.

Kipchoge slowed the charge as Ghebreslassie took the mantle past the 20km in 1:02:07 with Kipchoge and Korir following in 1:02:28.

It’s Kipchoge, Korir, defending champion Stephen Kiprotich from Uganda were in the led group that crossed the half marathon mark in 1:05:55.

The battle started to take tall on the runners among them Kiprotich and Ghebreslassie, who fell back as they approached the 30km.

Kipchoge, Biwott, Korir stayed in the front pack of Berhanu, the 2011 World marathon bronze medallist Lelisa Feyisa from Ethiopia, Kenyan born Kigen Ozibilen from Turkey and USA’s Galen Rupp, who won silver in 10,000m at the 2012 London Olympocs, as they went past the 30km mark in 1:33:15.

Korir dropped to the back of the seven-man leading pack that had Kipchoge, Biwott and the two Ethiopians.

As Biwott dropped, Kipchoge was left with Berhanu, feyisa and Rupp to do the battle past the 32km mark in 1:41:00.

The race curled to a three-horse battle with Kipchoge, who looked strong and focused, pulled Rupp and Feyisa as the heavens begun to open.

The pace was too much for Rupp, who detached from the three-pack but its Kipchoge, who pulled away from Feyisa at the 35km mark in 1:47:40.