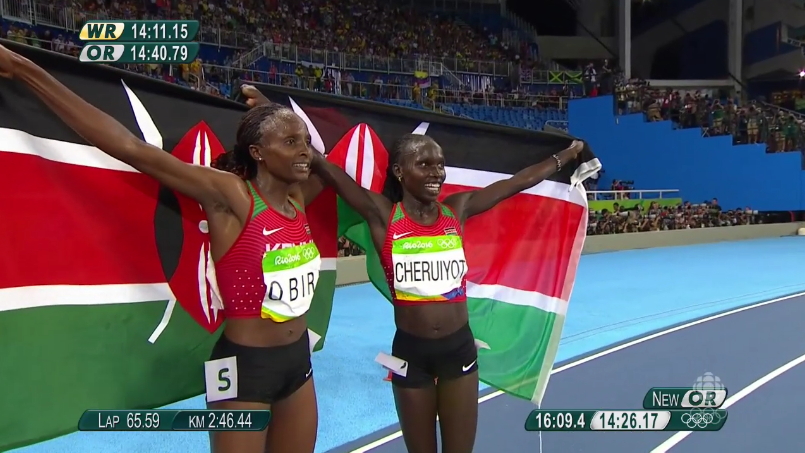 World 5,000m champion Ayana was hunting her second gold medal in Rio after she shattered the 10,000m world record last week but it was Cheruiyot who triumphed with a superb tactical run to win in a time of 14.26:17.

Ayana looked to be on the way to another dominant victory after surging into a huge lead four laps into the race but the Ethiopian tired in the closing stages and was unable to hold off Cheruiyot’s late surge.

Cheruiyot had to settle for silver over 10,000m in one of the greatest ever long-distance races, saying afterwards she would be Olympic champion one day.

The 32-year-old stayed true to her word in the 5,000m final and did not panic when Ayana burst into the lead, winning Kenya’s first ever medal over the distance and cementing her legacy as her country’s most decorated female athlete.

Kenyan Hellen Onsando Obiri clocked a personal best of 14:29.77 to take silver behind Cheruiyot, who is a four-times world champion over 5,000m and 10,000m. Ayana had to settle for bronze. (Editing by Ed Osmond)