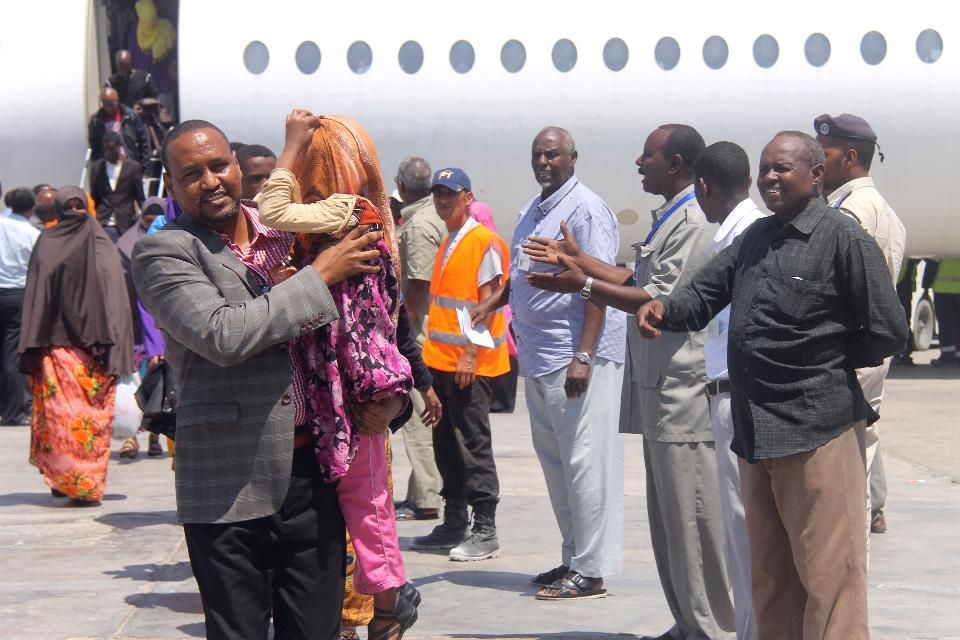 Djibouti (HAN) April 17, 2014 – The majority of ninety one illegal aliens deported to Somalia were Somali, after Kenyan security forces found to be in Kenya illegally in the ongoing security operation to minimize Somali elements that ties Al-Shabaab militant groups, according to the IGAD2020 Regional Security Watch.
Kenyan security forces in Nairobi since 4 April 2014 targeting, the vast majority of Somali refugees and asylum-seekers in Kenya.

The United Nations Agency, UNHCR is concerned over the arrest and detention of over one thousand refugees and asylum seekers who were rounded up during counter-terrorism operations launched by Kenyan security forces in Nairobi since 4 April 2014 targeting undocumented Somali refugees and documented ones, that violated international law.
They are part of the 225 illegal aliens slated for deportation. Officials said the 91 were deported from Jomo Kenyatta International Airport Thursday at midday. “We plan to deport more as soon as there is space in these planes,” said police boss David Kimaiyo.

The government said 412 people will be repatriated to their designated refugee camps after they were found to have left there. The refugees include 406 Somalis, two Ethiopians, one Congolese, two Ugandans and one Sudanese.