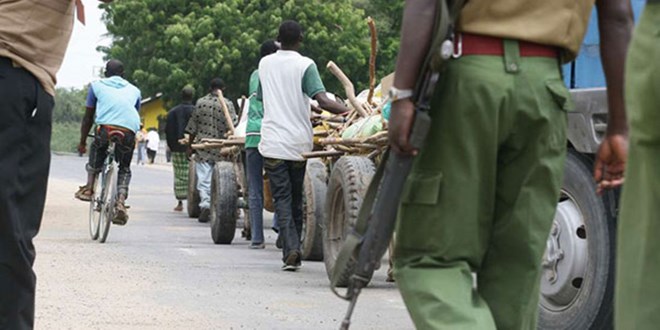 Garissa divisional police commander Joseph Muriuki said the suspects were being ferried in a Garissa county government vehicle but had the government of Kenya number plates.

Muriuki said the suspects were arrested at the Garissa-Tana Bridge by police officers who demanded to see valid work permits.

“The aliens on board aged between 15 and 35 were all men and we were also seeking to know who else could have aided their movement to Garissa and beyond,” Muriuki told journalists in Garissa.

He said preliminary investigations by the police have since established that the aliens who were coming from Mogadishu in Somalia were on their way to Nairobi but their mission was not immediately established.

The police commander said the driver and the aliens will be arraigned in court on Monday.

Muriuki said investigations have been launched to establish information on who was behind the immigration racket.

The Kenyan authorities have intensified the ongoing crackdown on undocumented migrant workers that had seen homes raided and hundreds of migrants, refugees and asylum seekers arrested around the country.