NAIROBI (HAN) August 10.2016. Public Diplomacy & Regional Security News. A court on Wednesday ordered Kenya’s athletics manager, who was sent home from the Rio Olympics, to be held by police for four weeks as they investigate allegations that he had warned athletes about drugs tests in return for cash.

Michael Rotich has denied the accusation published in Britain’s Sunday Times newspaper, which said he had been filmed by undercover journalists, posing as athlete representatives, some months ago. 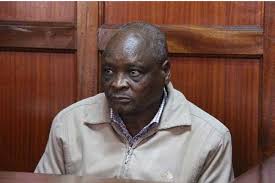 The police, who arrested Rotich on his return from Rio de Janeiro on Tuesday, requested he be held for 28 days saying the investigation was “incomplete and requires more time”.

“The investigators are pursuing leads from the Sunday Times newspaper,” the police said in an affidavit.

The court approved the request. Rotich had made a request to be released on bail, but this was turned down.

He has not been formally charged.

Kenya, a country with a history of middle and long-distance running excellence, has been tainted by up to 40 Kenyan runners failing dope tests in the past four years. Its struggle to convince authorities it is taking the issue seriously threatened its participation at the Rio Games.

Kenya’s president in April signed into law a bill criminalising doping that was demanded by the World Anti-Doping Agency to avoid the Rio ban. (Reporting by Humphrey Malalo; Editing by Edmund Blair and Alison Williams)