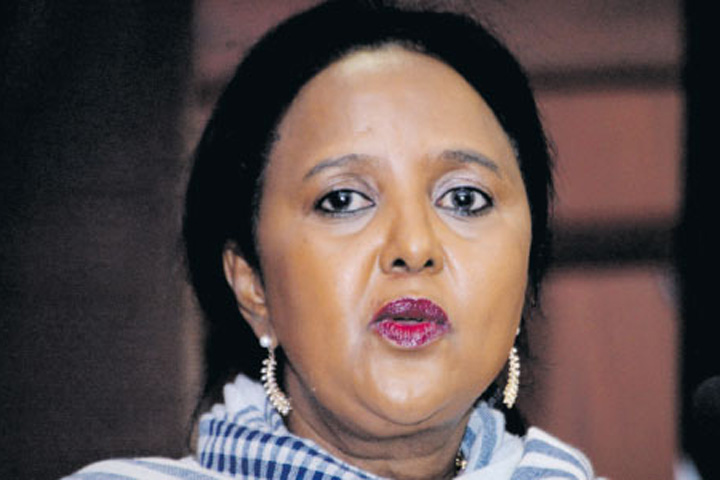 In the past few years, the African Union has made great strides in strengthening the continent’s ability to confront its numerous political, economic, social, environmental and security challenges.

However, these achievements are likely to be jeopardised if Kenyan Foreign Minister Amina Mohamed becomes the next Chair of the African Union Commission.

This is not because of who Ms Mohamed is — by all accounts she is a capable and respected diplomat. It’s because of the country Amina represents.  Recent events suggest that the Kenyan government is insufficiently committed to internationalism and could use Ms Mohamed to influence the Commission in ways that would harm the interests of the rest of the continent, and the world at large.

Of greatest concern is Kenya’s reaction to the conflict in South Sudan in July and its aftermath.  During the crisis, government forces raped a group of aid workers hiding out in a hotel compound in Juba. As this was unfolding, the victims reached out to the American embassy and the UN, but no help was forthcoming.

In addition, civilians who were running away from the fighting and trying to seek refuge and protection at the UN were either turned away by the UN or left to suffer abuse at the hands of government forces.

In August, the UN commissioned an investigation into the incident. The report from the investigation recommended disciplinary action against Lieutenant General Johnson Mogoa Kimani Ondieki, who was commander of the UN Mission in South Sudan or UNMISS — at the time.

In response, President Uhuru Kenyatta pulled Kenyan forces out of the UN peacekeeping force in Juba and also out of the AU regional protection force intended to protect Juba.

In another act of vengeance, the Kenyan government also went after James Gadget, a (prominent) South Sudanese refugee who had fled to Nairobi after fighting broke out in Juba in December 2013.

Mr Gadget had recently posted a congratulatory message on his Facebook page praising the UN’s decision to sack Lt Gen Ondieki.  A day later, Kenyan security operatives arrested him and deported him to Juba.

Mr Gadget is a spokesman of Dr Riek Machar, leader of the Sudan People’s Liberation Movement-In Opposition, which has declared war on the government of Salva Kiir. Sending him back to Juba not only violated his rights as a refugee, but also placed him in obvious danger.  As we write, it is not clear whether Mr Gadget is alive or dead.

When AU members cast their votes for a new chairperson this January, they must bear in mind that Africa’s greatest weakness is its lack of unity.

In a time of great uncertainty, with the West retreating from internationalism to protectionism and nationalism, Africans need more than ever to commit to shared values. Human rights are doctrines we all believe in – they are the embodiment of Africa’s Ubuntu value system. Violating the rights of a legitimate refugee who was applauding the defence of humanitarian workers sets a terrible precedent.

Even more troubling, is the impression created by the action of the Kenyan government in withdrawing and disengaging from South Sudan. It simply creates the impression that Kenyans on international assignments are merely seen and treated as extensions of Kenya and its government.

Such a posture casts doubt on the objectivity, neutrality and impartiality of these great men and women who serve Kenya within multilateral platforms.

Acting in a manner consistent with this impression, as was done in the case of South Sudan, prompts one to safely say that if Ms Mohamed were to be elected chair of the AU, she would very likely do the bidding and protect the interests of only Kenya; because when the going gets tough, it is Kenya that will throw diplomatic tantrums on her behalf. Such a stance is incompatible with multilateralism.

Kenya is one of the guarantors of the Agreement on the Resolution of the Conflict in South Sudan.

When this Peace Agreement was threatened in July 2016, the decision to send a Regional Protection Force (RPF) to South Sudan was facilitated by and taken in Kenya by the Igad Council of Ministers.

The government of Kenya committed to support the peace agreement and the deployment of the RPF. But now, unilaterally and arbitrarily, it has reneged on the collective understanding.

So, the manner in which Kenya deported James Gadget and the way it unceremoniously withdrew from South Sudan suggests that the country will not allow international and regional norms to stand in its way when its perceived interests are at stake. This characterisation is deeply at odds with the principles and values of the African Union.

The Union is built on the rule of law and respect for human rights. Kenya’s disengagement from South Sudan not only betrays a collectively agreed-upon security intervention by the continent but also risks regional security.

While not endorsing any candidate, we call upon AU member states to carefully consider countries that have a long history of genuine commitment to pan-Africanism, the values of rule of law, human rights and democratic governance as espoused in the Constitutive Act.

Africa needs leadership that will respond to the continent’s unique circumstances while rising above narrow country persuasions.

Leadership that will focus on the “bigger picture” and not get bogged down by emotive issues. Members of the AU should remind themselves that Africa is not safe any more without unity. Consequently, it needs leadership that will liberate it from a narrow focus.

As the dates for the election of the AU chairperson approach, we implore AU members not to support and not to elect Kenya’s Amina Mohamed as the next Chair of the AUC.

At the moment, it is clear that Kenya lacks the foresight; maturity and tenacity needed to provide leadership for a continent in need of strong, committed and ethical leadership.

Dr Remember Miamingi is an international human rights expert at the Centre for Human Rights, Faculty of Law, University of Pretoria.