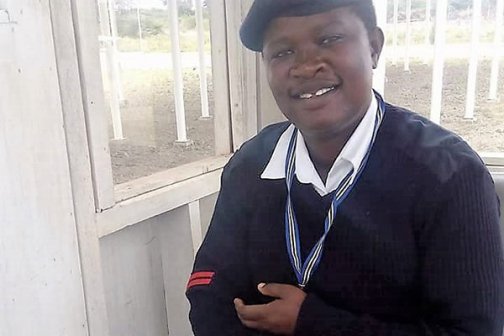 A female police officer attached to Jomo Kenyatta International Airport on Wednesday morning shot herself dead while at work.

According to the Daily Nation the officer, a mother of one, shot herself in the head in a lavatory at around 7am.

“She was on leave and had just resumed work. She had been interacting well with her colleagues and did not show any signs of being frustrated. In fact, she was very jovial,” Kenya Airport Police Unit Deputy Commandant Mr Rono Bunei said.

He said the officer, a corporal, removed her beret and swagger cane and placed them on a table at the Control Room before going to the lavatory.

“All we heard was a gunshot and we found her seated on the toilet seat, dead, with an official Jericho pistol in her hand,” Mr Bunei said.

It is barely a month since another officer attached to the traffic department in Kenya’s western city of Kisumu shot himself dead using a colleague’s rifle after expressing fears about the vetting exercise that has been going on in the east African nation.