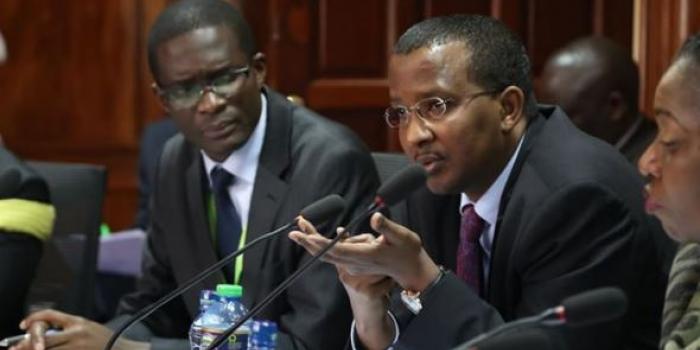 NAIROBI. By Humphrey Malalo and George Obulutsa. All 10 members of Kenya’s election commission have resigned, the government said on Wednesday, after months of protests by the opposition which accused the body of bias that made it unfit to oversee elections due next August.

The resignations at the Independent Electoral and Boundaries Commission (IEBC) are the result of cross-party talks to address grievances voiced at weekly protests that began in April in which at least four people were killed, raising concerns of a return to election-related violence.

The government said last week that a negotiating committee had agreed with IEBC to “facilitate the orderly and dignified exit of current commissioners and ensure a seamless transition”.

President Uhuru Kenyatta’s chief of staff, Joseph Kinyua, said on Wednesday all 10 of them had submitted their resignations.

“The Government … reiterates its unwavering commitment to pursuing a seamless and lawful transition within the IEBC and to having the 8th August 2017 general election proceed on schedule,” Kinyua said.

Violence has often been a feature of Kenyan elections. After the 2007 vote, 1,200 people were killed in ethnic fighting.

The opposition Coalition for Reform and Democracy (CORD), led by former prime minister Raila Odinga, tried but failed to overturn the result of a 2013 presidential election won by Kenyatta.

CORD, which organised the protests against the election commission, complained about the failure of electronic voter identification devices and other technical glitches, which they blamed on the shortcomings of the commission and on corruption.

The commission denied bias and its members had said in the past they would not quit. (Editing by Edmund Blair and Robin Pomeroy)