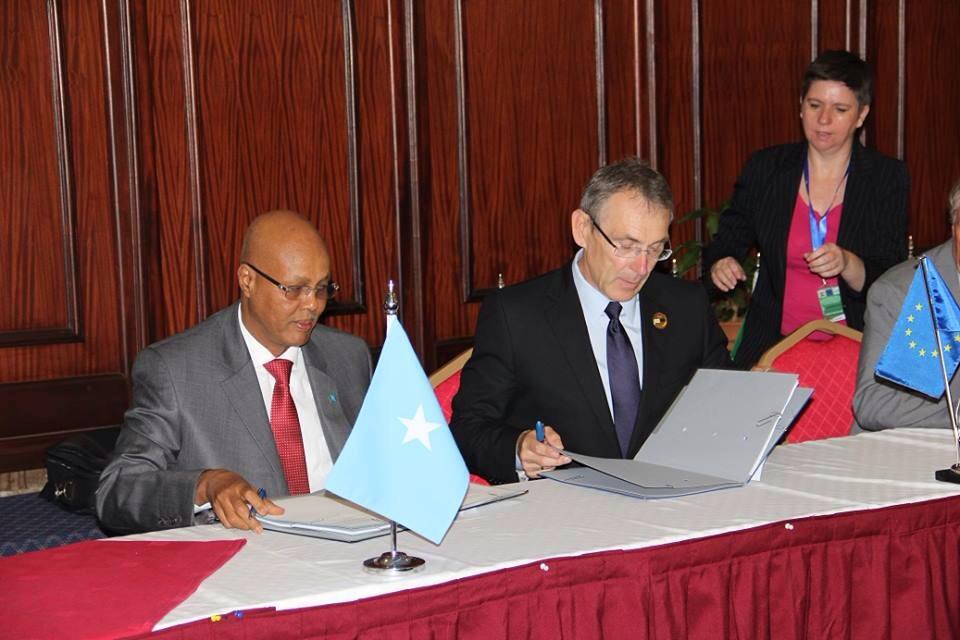 The current Kenyan media published news, views and stories that could inflame negative ethnic and religious intolerance against Somali-Kenyans as well as refugees.

“Religious intolerance, ethnic profiling, deliberate targeting of the some Kenyan communities residing in Mpeketoni for accusations of unsubstantiated misdeeds at such a time is insensitive, callous, repulsive and irresponsible,” Matiang’i said in a statement yesterday.

The Kenyan Information and Communications Cabinet Secretary Fred Matiang’i took issue with the “worrying trend of publication of photographs showing mutilated bodies, bloody incidents and abhorrent scenes,” which he said was against journalists’ code of conduct

The Kenya Defence Forces will not leave Somalia until peace is restored in the horn of Africa nation, Deputy President William Ruto has said. Responding to calls for withdrawal of Kenyan troops due to rampant terror attacks, Ruto said: “We shall stay engaged under Amisom to create a peaceful and stable condition for Somalis.”

Deputy President William Ruto spoke at his office Wednesday when the Somalia Prime Minister Abdiweli Sheikh Ahmed paid him a visit. The DP also announced that plans were underway to roll out voluntary repatriation of Somali refugees. The DP at the same time said stern action will be taken against senior Government officials for negligence that led to the killing of more than 50 people in Mpeketoni. Ruto also said politicians and leaders who issued inflammatory statements that may have triggered the attacks will be arrested and prosecuted. The DP said investigations are underway, adding that so far action has only been taken against Government officers based on available evidence.

The tripartite agreement between the Somalia Government, the United Nations High Commission for Refugees (UNHCR) and the Kenyan Government on voluntary repatriation will be signed in two weeks. Rebuild lives “This agreement has been long overdue and in the next two weeks we should sign it either in Mogadishu or in Nairobi,” he said.

“The President’s statement was comprehensive. It is true that some officers did not act on intelligence information provided and action has already been taken on some of them,” he said. Those interdicted were the County Police Commander Leonard Omollo, the County AP Commander and the district AP Commander.

Deputy President William Ruto, however, declined to respond to a direct question put to him by journalists asking him to explain why no action has been taken against Interior and Coordination of the National Government Cabinet Secretary Joseph ole Lenku and the Inspector General David Kimaiyo. Ruto said the Government will only comment on persons allegedly abducted by the terrorist group once they have credible information. “Al Shaabab can claim anything but once we have concrete information (on abductees) we shall make it available to Kenyans. Let us not speculate,” said Ruto. He said the tripartite agreement between the Somalia Government, the United Nations High Commission for Refugees (UNHCR) and the Kenyan Government on voluntary repatriation will be signed in two weeks.