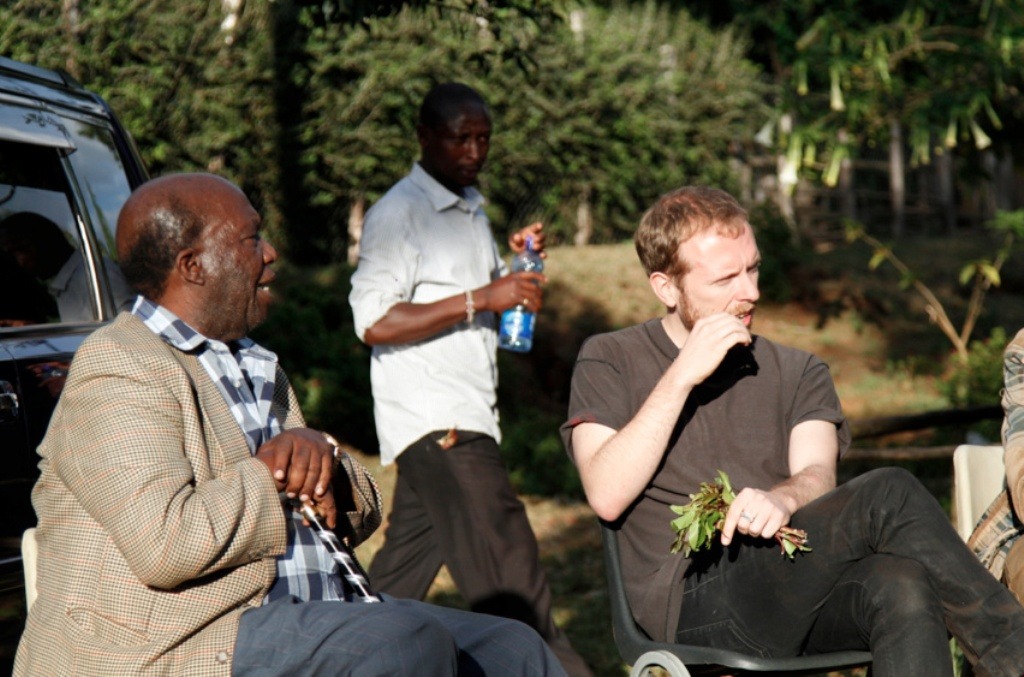 London (HAN) June 24, 2014 .  Voters news Update . In 2011, Hassan was an ambitious British citizen and popular university student — driven, hard-working, with hopes of setting up his own business. But today Saeed Hassan, 24, is almost permanently confined to a psychiatric hospital, disorientated and depressed. The series of psychotic breakdowns he suffered were the result of using a perfectly legal Khat drug, imported from kenya as a vegetable and sold freely on high streets in London.
Many Somali, Ethiopian and Yemeni women living in the UK apparently support the ban, which they hope will stop their husbands tripping all night and snoozing all day, instead of job-hunting. Yet, criminalizing the unemployed sounds rather more like an old Tory policy than a new one.

The statement of David Cameron, Prime Minister’s Office, Press Release, London: From today (24 June), anyone in Britain who possesses or supplies khat will be breaking the law. This Government’s decision to ban the drug has been welcomed by people across the country – especially those whose husbands, sons, fathers and brothers use it. They have been urging governments for years – decades, in fact – to act. And I want to tell readers the three big reasons why I think it was right for us to do so.

First and foremost, it is our duty to protect vulnerable members of society. Khat’s ingredients – cathine and cathinone – are already illegal in this country. And we have good reasons to be concerned about the potential damage of khat abuse to people’s health.

But what is most concerning is khat’s social impact. While it may be used on special occasions in countries like Somalia, Ethiopia and Kenya, it is estimated that nearly half of all British Somali men chew it – and that one in ten men chews it every day, sometimes for hours on end. As a result, their communities blame khat for family breakdown, unemployment, debt and crime links to the global illicit drugs trade. And that is why these communities – and this Government – have said ‘enough is enough’.

It shows that this is a Government which cares about, and listens to, our British Somali community. We are making efforts to rebuild Somalia, with an £80 million aid programme which is feeding starving children and creating jobs. We have co-chaired two conferences to bring the world together to help the process of rebuilding this vital country. We have successfully combatted piracy and continue to tackle extremism. We stood side by side with the country during the 2011 famine, vaccinating children and giving people safe water to drink. And now we have listened to the views of so many British Somalis who have asked us to act on the issue of khat.

Second, I believe our duty as politicians is to help people to get on in life. That is a Conservative principle: that people who work hard should be able to reach their potential. And everything we do in Government – creating jobs, improving education, cutting taxes – is underpinned by that mission to help people succeed. But with many khat users up all night chewing, unable to function during the day, and stuck in a cycle of dependence, they are being held back from playing their part in society.

Of course there were some who told us that it is not the business of Government to interfere in this issue. I believe they are wrong. Because if something poses a threat to people and their families, then however few of them and whatever their background, it has no place in Britain.

Third, this country is fast becoming the khat smuggling capital of Europe. The drug is already banned across most of the continent, as well as America and Canada. Just last month a report by the United Nations showed that these countries reported increasing seizures of (Ethiopian and Kenyan) khat smuggled via the UK. Britain should not be a part of this – and we want to end it once and for all.

So those are the three big reasons why it’s right we are banning khat. This Government’s overriding aim is to give people security and peace of mind in every area of life. Removing this drug from our streets and from people’s lives is one important way of doing that.