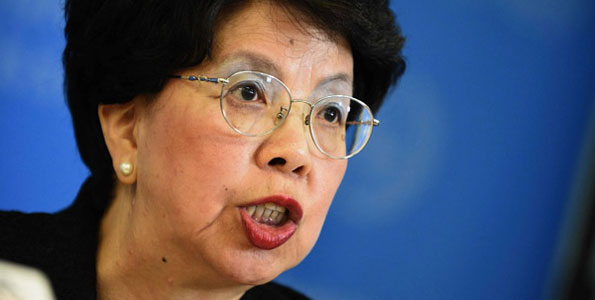 The UN health agency warned last week that the mosquito-borne virus was “spreading explosively” in the Americas, with the region expected to see up to four million cases this year.

The WHO is under pressure to act quickly in the fight against Zika, after admitting it was slow to respond to the recent Ebola outbreak that ravaged parts of west Africa.

Although the mosquito-borne virus’s symptoms are relatively mild, it is believed to be linked to a surge in cases of microcephaly, a devastating condition in which a baby is born with an abnormally small head and brain.

While it has yet to be definitely proven that the microcephaly cases are caused in some way by the Zika virus, WHO chief Margaret Chan warned last week the causal relationship was “strongly suspected”.

Zika is also suspected of links to a neurological disorder called Guillain-Barre syndrome.

Brazil, the hardest hit country, sounded the alarm in October, when a rash of microcephaly cases emerged in the northeast.

Amid alarm over the surge in microcephaly cases, Colombia, Ecuador, El Salvador, Jamaica and Puerto Rico have even warned women to delay conceiving until the Zika outbreak is brought under control.

Jitters over Zika have spread far beyond the affected areas to Europe and North America, where dozens of cases have been identified among people returning from vacation or business abroad.

In a bid to clarify what the response to the outbreak should be, WHO chief Margaret Chan called for Monday’s closed-door meeting of the organisation’s emergency committee to determine if Zika should be considered a “public health emergency of international concern”.

Taking the form of a telephone conference between senior WHO officials, representatives of affected countries, and experts from around the globe, the meeting is not expected to make its decision public until Tuesday at the earliest.

But the scale of concern is underlined by the WHO emergency session itself — such consultations are relatively rare.

The UN agency is likely to be eager to be seen taking resolute action on Zika, as it continues to try to live down the stinging criticism of its initially sluggish response to the devastating west Africa Ebola outbreak.

Ebola, which has taken more than 11,000 lives in west Africa since late 2013, was declared a global health emergency in August 2014 and continues to carry that label.
As for Zika, there is currently no treatment and the WHO has said it would likely take more than a year to develop a vaccine.

The virus is transmitted by the Aedes aegypti mosquito, which also spreads dengue fever and the chikungunya virus. It produces flu-like symptoms including a low-grade fever, headaches, joint pain and rashes.

WHO has so far refrained from issuing travel warnings related to Zika, stressing that the most effective form of prevention is getting rid of stagnant water where mosquitos easily breed, and personal protection against mosquito bites such as using bug repellent and sleeping under mosquito nets.