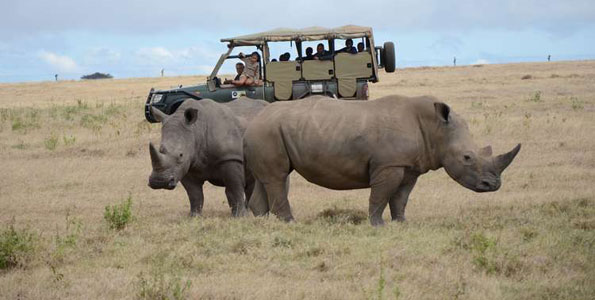 Nairobi (HAN) November 5, 2015. Public Diplomacy & regional Security. The number of UK tourists visiting Kenya is expected to return to the peak witnessed two years ago in 2017, the Kenya Tourism Board has said. Managing director Muriithi Ndegwa said he was “cautiously optimistic” that over the next 18 months British tourist arrivals to Kenya would return to levels last seen in September 2013 before the deadly Westgate Shopping Mall terrorist attack that caused a slump.

The expected rebound in arrivals is backed by increased forward bookings and interest in Kenya as a destination, according Tom Reeves, new Kenya Airways manager for Europe, adding that the interest was significantly higher than last year.

The two were speaking during the World Travel Market fair in London.

Official data shows that the number of British holidaymakers to Kenya dropped to 128,600 last year, from 196,200 in 2013 and 198,000 the previous year, attributed to a string of past terrorist attacks.

The UK is Kenya’s largest tourist source market, making it a key plank in the recovery of the country’s battered tourism sector.

Mr Ndegwa said he was hopeful of increased arrivals after Britain last month lifted travel advisory against coastal town of Malindi, a key destination for holidaymaking.

The UK in June also allowed its citizens to travel to other Kenya’s coastal towns of Mombasa, Kilifi and Watamu, signalling a reprieve for players in the hospitality industry in the region.

Mr Ndegwa said that the easing of restrictions was due to improved security and regular liaison with the UK’s Foreign Office.

The 18-24 month recovery period could dim the hopes players in the hospitality industry at the Coast that has been the hardest hit by negative travel advisories from a number of European governments following a spate of terrorist attacks in the country. The hoteliers were expecting a quick recovery.

The travel warnings have crippled tourism and led to the closure of more than 40 hotels at the Coast due to low bed occupancy.

The number of visitors to Kenya fell 18.3 per cent to 496,519 in the first eight months of this year, according to tourism board figures, showing just how badly the industry has been damaged by a spate of Islamist militant attacks that have killed hundreds.

This has cut the flow of hard currency to the economy given tourism was a major source of dollars.

Kenya is racing to diversify its tourism portfolio on top of traditional safari and beach offerings to include ecotourism, conference tourism, sports tourism and cultural tours.

Kenya has hinged recovery of the sector on a Sh5.2 billion marketing plan. The promo will see a marketing offensive in Western capitals in an effort to woo tourists back to the beaches at the Coast, and the game parks.

The UK Foreign & Commonwealth Office is expected to issue a formal statement later on the alert downgrade.