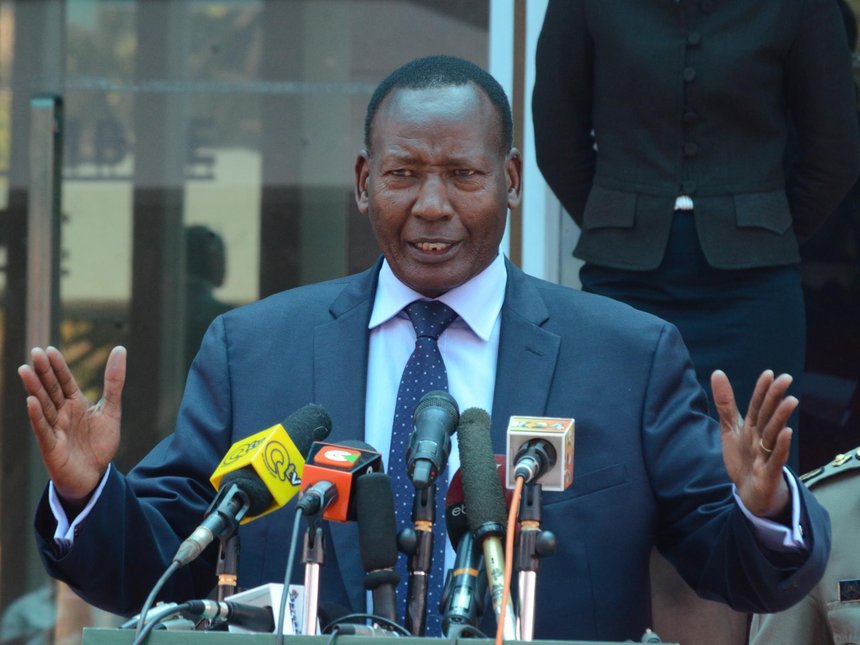 Kenya has announced measures to tighten security in the northeastern region, which borders Somalia, after two deadly attacks claimed by Al-Shabaab militants.

Militants used grenades and improvised explosive devices in an attack on a guesthouse in the northeastern border town of Mandera early Tuesday, killing at least 16 people. Earlier this month, six people were killed in an attack on a residential area in Mandera town.

Interior Minister Joseph Nkaissery said Wednesday they were collaborating with the Kenya Defence Forces to set up a border command unit to counter the infiltration of Somalia-based Al-Shabaab militants.

Nkaissery said the unit would assist in setting up road blocks and check points, boosting security in border towns including Mandera.

“We are working around the clock putting appropriate measures to ensure citizens across the country are secure and safeguarded,” said Nkaissery.

Nkaissery said more police officers had been deployed to hunt down those behind the Tuesday attack. He commended police for their “swift response” to the attack.

He said bomb experts were analyzing the scene to establish the source of the explosives and gather evidence.

Kenyan President Uhuru Kenyatta on Tuesday cancelled an official visit to Angola after the attack in Mandera to attend a security summit “in solidarity with the families who have lost their loved ones and those injured.”

Al-Shabaab militants have carried out a series of attacks in Mandera county in which they often target non-locals or non-Muslims.

Kenya has been facing a threat from Al-Shabaab since it sent its troops to Somalia to battle the militants in 2011, as part of the African Union Mission in Somalia (AMISOM) force.