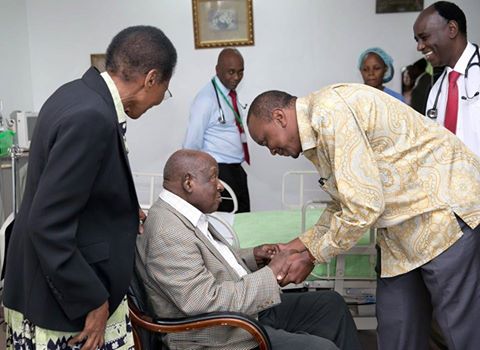 This was followed by a series of attacks in other towns and cities, considered to be carried out in revenge for the Kenyan army presence in Somalia, where it is part of an AU force fighting al-Shabab. On Thursday (02.04.2015) al-Shabab claimed responsibility for an attack on Garissa University College in northeastern Kenya, near the border with Somalia. At least 15 people are reported to have been killed. For an assessment of Kenya’s response to the terror threat, DW spoke to Peter Aling’o, office head and senior researcher with the Institute for Security Studies in Nairobi.

DW: Has Kenya learnt from Westgate how to respond to terror attacks?

Peter Aling’o: I think Kenya hasn’t learnt anything at all in terms of how to respond to terror attacks. What we are seeing is a knee-jerk reaction that sends in security personnel in a manner that suggests they are not completely aware of what they are responding to. We need a closure in terms of lessons learnt but that has not been done. An effective response should also include the civilian component in terms of how civilians respond and react. Kenya has yet to learn, in my view, how to respond effectively to attacks of the magnitude that we have seen in the country since Westgate.

Reports say there was a warning issued some weeks ago that al-Shabab was planning to attack major universities.

Why didn’t the Kenyan authorities step up security? Why couldn’t they hinder this attack?

This is the question that we ask. In the last month or so there has been quite a lot of information around in terms of the targets that are at high risk. These have included universities, with a number of them sending out [warning] notices to the university community and citizens at large about impending attacks. But you see, in Kenya, we never take things seriously. This is the reason why I think Kenya and the security agencies have been caught with their pants down once again. It’s about planning and effectively deploying personnel. It’s not just about numbers. It’s also about effective utilization of available intelligence. This is not happening in the country and these are the gaps that al-Shabab is taking advantage of.

Is it true that Kenyan security agencies are not reacting to intelligence provided by Western nations?

We have asked this question a number of times including during the Westgate attack and also the attacks that happened in Mombasa, in Lamu. There were indications, and indeed this has been verified, that intelligence was available but nobody acted on it. And this is the question that we ask: Where is the coordination in terms of intelligence gathering and response? That has been the missing link and it is the link that is making Kenya extremely vulnerable.

How much international support is Kenya getting in the fight against al-Shabab?

I think there is a lot of support that Kenya gets. The question is: How effectively is Kenya utilizing this support? For example, there is a partnership with a number of foreign governments, including Canada and the US who conduct a lot of training of Kenyan security personnel in counter-terrorism measures. This happens all the time. We know the Americans and the British invest quite a lot of money in terms of helping Kenya to do this. We also must acknowledge that there are a number of problems in Kenya that hamper effective support and this issue is linked to corruption.

Is this attack likely to have an impact on the policies of the Kenyan government?

I think we will see some cosmetic changes but not in how Kenya addresses the real structural issues that make the country vulnerable to extremism and attacks. We heard the president address the nation and give assurances but he only spoke of increasing the numbers of security personnel. We need to have a proper policy dialogue that looks at the structural weaknesses within the security system in Kenya and within Kenyan society at large. This needs to include citizens so that there is an ongoing solution that is also owned by the Kenyan citizens.
Peter Aling’o is the office head and senior researcher with the Institute for Security Studies in Nairobi