Home Kenya Kenya: Uhuru Kenyatta can’t have his cake and eat it too 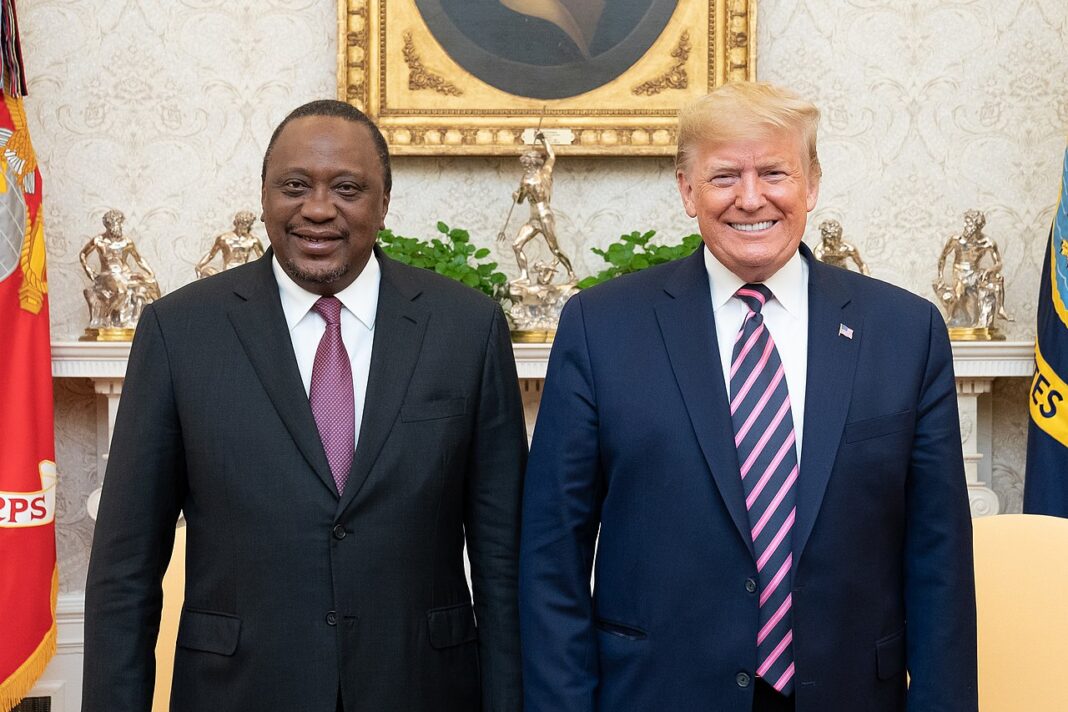 Share on Facebook
Tweet on Twitter
For months now, Kenya has been negotiating a bilateral trade deal with the United States and the United Kingdom. Kenya’s approach to go it alone, if successful, will derail the pursuit of the ongoing Pan-African continental economic integration plan—spearheaded by the still nascent Africa Continental Free Trade Area (AfCFTA). The operationalization of AfCFTA, which was meant for July 2020, has now been pushed to December due to the inconveniences caused by COVID-19.

It is not surprising that the US and UK have chosen Kenya as the launching pad for their efforts at undermining Africa’s economic integration, as indicated by the US Trade Representative Robert Lighthizer. According to Lighthizer, a successful trade agreement with Kenya will set the pace for similar bilateral trade agreements with other African countries. Of course, these are more likely to serve US interests at the expense of potential regional public goods as promised by the implementation of AfCTA.

Then there’s Kenya’s ruling elites, currently represented by President Uhuru Kenyatta, who have historically wavered when it comes to continental cause. Successive ruling elites in post-colonial Kenya have continually put their own commercial and economic interests first. Those interests just happen to dovetail with the West’s capitalist and imperialist agenda. There is no better indication of this than Kenya’s “fence sitting” policy during the struggle against apartheid in South Africa. Indeed, contrary to collective and majority continental aspirations, at the height of the struggle, Kenya continued to maintain more than cordial, albeit covert, diplomatic, and economic relations with the apartheid regime.

The greed of Kenya’s ruling elites and their cronies was best captured by Mwalimu Nyerere, Tanzania’s first president, in the 1970s, when he described Kenya as “… a man eat man society.” There is no better indication of this than the fact that the current leadership in Kenya is made up of individuals whose personal interests run through virtually every sector of the country’s economy. Thus, the interests of the elites, at times, might erroneously pass as Kenyan aspirations. It is on the basis of this strong link between Kenya’s ruling elites and Western capitalist interests that the unilateral action of Kenya needs to be analyzed. US President Donald Trump, after all, said to African leaders, that “Africa has tremendous business potential. I’ve so many friends going to your countries, trying to get rich.”

In the ongoing trade negotiations between Kenya and the US, the key concern for Kenyan officials is the US’s non-commitment to renew the Africa Growth and Opportunity Act (AGOA) post-2025, when the deal expires. While this might seem like Kenya protecting its national interest, by all indications it is reckless and short sighted. First, the AGOA initiative is a fickle unilateral trade deal that can be withdrawn at any time. The admission into AGOA—formed in 2000 and providing select African countries with access to US markets for assorted duty-free exports—depends on terms and conditions provided by the US. In most cases, this access is based on US judgement of the level of market liberalization, or its own skewed measure of democratic governance of any particular African country. Such “benevolent” unilateral trade packages should not feature in the core policy preferences for a country or continent that seeks to develop its industrial and manufacturing base for long term, inclusive economic growth and development. At the very least, and in anticipation of the demise of the AGOA trade deal in 2025, Kenya should have fronted a more collective bargaining agreement with the US, involving all 39 countries that that are signatories to the agreement.

Although Kenya has vaguely reaffirmed its commitment to regional integration, there is no doubt that any successful effort or outcome of the bilateral negotiation between Kenya and the US will stifle the AfCFTA’s noble, though still infantile, approach to continental economic integration. The prospects of AfCFTA, as opposed to bilateral trade deals, potentially provides better leverage for negotiations around trade deals. This is due to its capacity to ensure efficient facilitation of trade through institutionalizing policy measures on tariff and non-tariff barriers that will guide how Africa conducts trade with external actors. In this regard, the United Nations Economic Commission for Africa projects that AfCFTA, with strong political will from African governments, has the capacity to increase intra-Africa trade up to 15%-25% by 2040 through elimination of tariff barriers. This is significant given the fact that one of the major drawbacks to intra-African trade is import levies by countries within the continent.

Furthermore, AfCFTA, though still at an early stage, promises a more beneficial multilateral platform for trade deals within and outside the continent, when compared to Africa’s smaller, fragmented, and insignificant economies negotiating unilateral trade deals with major global economic players such as the US, China, or the EU. On a continental scale alone, AfCFTA promises a wider continental market of more than 1.2 billion people and a gross domestic product of more than $2.5 trillion. The potential benefits of AfCFTA thus outweigh the current Kenya and US trade volume—an average of $ 1 billion annually. AfCFTA is a more effective guarantor of Kenya’s economic success. So, instead of adopting a myopic approach toward a trade deal with the US, Kenya should rather roll up its sleeves and get ready to engage in the collective, though painstaking, task of actualizing the economic integration of Africa.

If the US’s bid to get Kenya to renege on its 2017 plastic bag ban is an indicator of what may be at stake in the proposed Kenya-US bilateral agreement, as was leaked to the public a few months ago, then Kenyans need to be vigilant and question the necessity of this process. Ultimately, the success of any future agreements requires strong political will that prioritizes the interests of the majority of Africa’s citizens, rather than those of ruling elites and their Western capitalist benefactors. 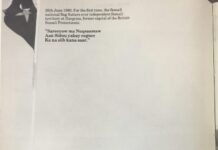