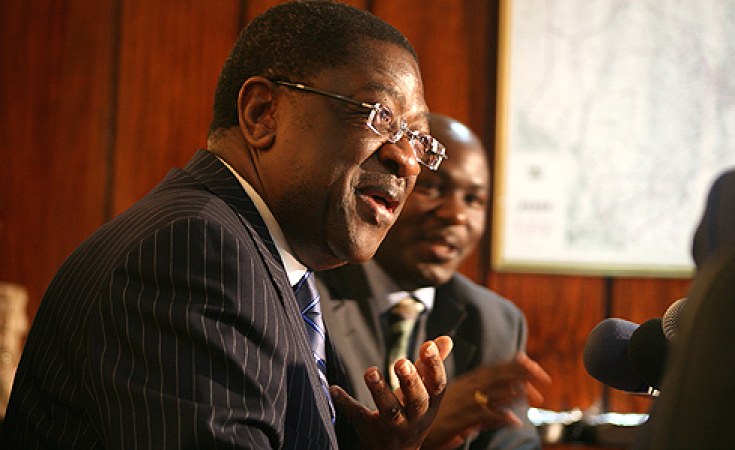 WASHINGTON — The United States on Monday imposed sanctions on Kenya’s former attorney general, Amos Sitswila Wako, accusing him of involvement in “significant” corruption, according to a statement from U.S. Secretary of State Mike Pompeo.

Wako, who was attorney general during Kenya’s rocky transition from one-party rule to democracy, is barred from entering the United States under the sanctions, as are his wife and son.

Washington criticized Wako several times during his tenure as attorney general from 1991 to 2011 for not doing enough to crack down on corruption.

In 2009, the U.S. government banned him from traveling to the United States, accusing him of obstructing the fight against corruption in Kenya. The move sparked a diplomatic row with Kenya.

Wako has denied any wrongdoing.

After serving as attorney general, Wako was elected to Kenya’s senate in 2013 and was re-elected for a second term in 2017.

“Today’s action sends a strong signal that the United States is a valuable partner in Kenya’s fight against corruption,” Pompeo said in a statement. He did not detail the allegations.

Wako was blacklisted under an executive order that prohibits officials of foreign governments involved in corruption from entering the United States, as well as their immediate family members.