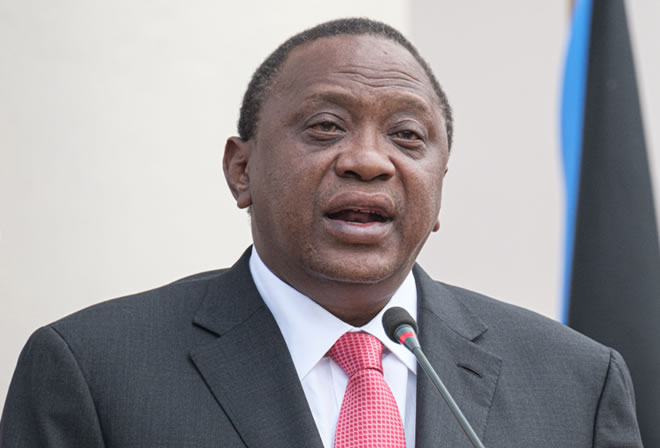 NAIROBI – Kenya’s president has said his forces will remain part of the African Union Mission in Somalia and leave the country when it’s secure and stable. The president’s statement came at a time Kenya’s forces are facing hostility in parts of Somalia for their support of the Jubaland administration, which the Somali government has refused to recognize.

This month Kenya and Somalia agreed to normalize relations after months of diplomatic tensions between the two countries, which had differences on many issues, including the disputed Jubaland elections.

Kenya has been the only country in the region to recognize the outcome of the contest in which Ahmed Madobe was re-elected for another four years. The Somali government is planning another election for Jubaland regional state.

George Musamali is the director of the Center for Risk Management in Africa.

“What is really happening is that the Somali government [is] pulling its muscles, showing very well we do not recognize the government in Jubaland. And this informed the decision to have the Jubaland vice president be denied access into Somalia and this is coming hot on the heels of now having Kenyans being removed [from] Gedo land to other areas of operation, bringing in more friendly Ethiopia force which friendly to the Mogadishu government. I think we are going to see a lot of activity going on in that area,” he said.Kenya sent its troops to Somalia in 2011 to push al-Shabab and protect its borders from the group’s terror attacks. Months later Kenya joined the African Union Mission in Somalia known as AMISOM.

Kenyan President Uhuru Kenyatta said on Thursday his country will be in Somalia for a longer term.

“As I have stated before our troops will continue in being part of AMISOM until such time that our objective has been achieved,” he said.

Kenya has troops in Lower and Middle Juba and Gedo regions, which share borders with Kenya.

Mohamed Abdullahi Gardhuub is the Luuq district commissioner in Gedo region. He says his area is under the control of central government forces.

“The security is of the district is good. The area is being protected by the forces from the federal government and they are the ones who are in charge of the security. The forces are not only in Luuq district but they are in other seven districts of the Gedo region,” he said.

“Now being moved out of Gedo an area that they have a lot of interest in clearly exposes Kenya to more insecurity because we don’t know how Ethiopians are going to play it. Kenya should be worried about that.”

The issue of Jubaland leadership has been the tension for years between the Mogadishu administration and Kenya.

In remarks to the United Nations Security Council, James Swan, the U.N. representative in Somalia, said the disagreement of the August polls in Jubaland poses a risk of violence, clan division, and external interference. Swan called on the leaders to address issues through dialogue, compromise, and pragmatism.