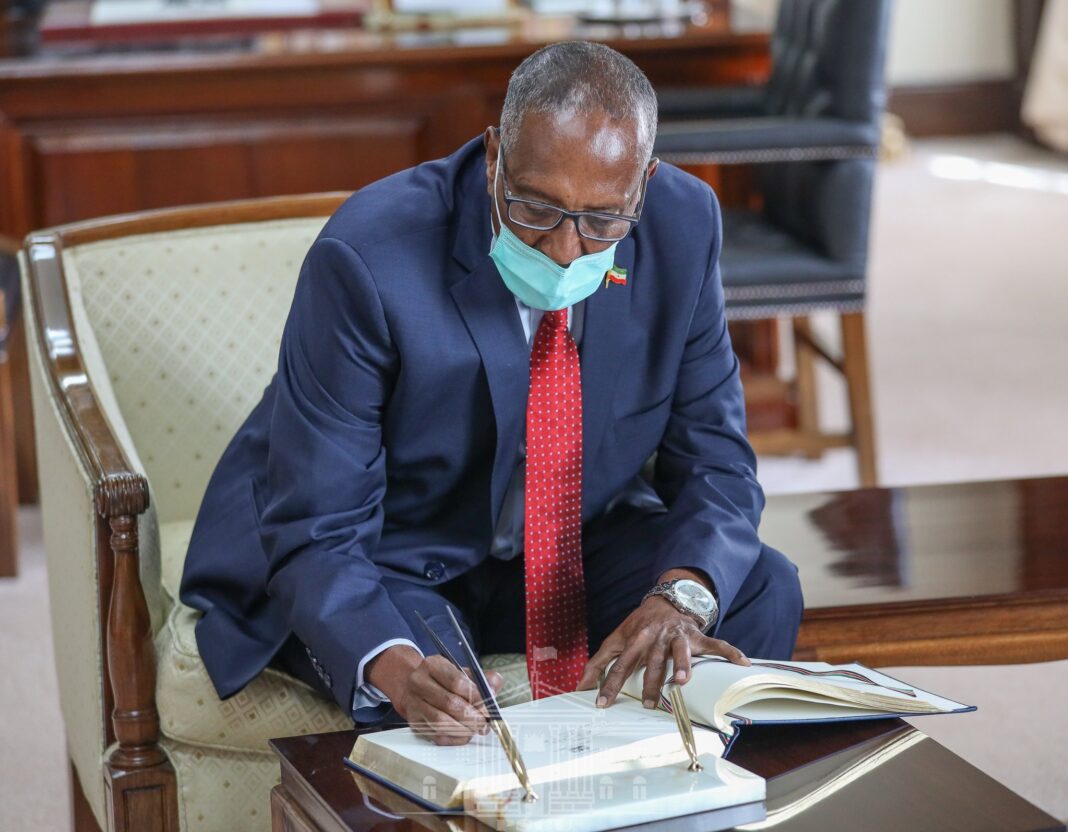 In a joint communique released on Tuesday, the two leaders agreed to work together to foster sustainable peace, economic and political stability and shared prosperity between the two states.

During their discussions, the leaders focused their attention on the expansion of bilateral trade, enhancing collaboration in air transport including enabling direct flights between Nairobi and Hargeisa, as well as cooperating in Agriculture, Livestock Development, Education, Energy and cooperation between the ports of Mombasa and Berbera.

Through his Twitter handle, the Somaliland leader noted they agreed on critical issues affecting the region and exuded confidence they would be resolved. Raila is understood to have vouched for a divorce between Somaliland and Somalia during the discussion. Bihi’s two-day visit to Nairobi came amid simmering frosty ties between Somalia and Kenya.

“Kenya continues meddling in our internal political affairs and it has ignored our previous calls to stop violating our sovereignty…We, therefore, declare that we have cut ties with Kenya over its poor violations on Somalia’s sovereignty,” announced the information minister.