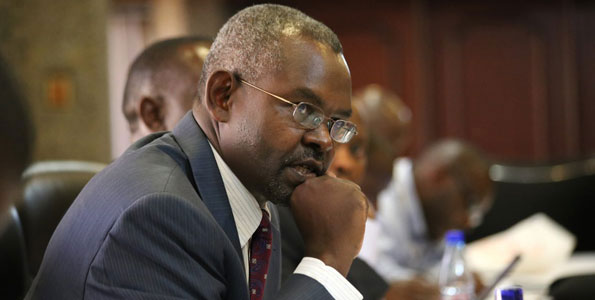 NARIOBI (HAN) April 10. 2016. Public Diplomacy & Regional Security News. Kenya will receive a Sh60 billion ($600 million) loan from China to help fund a 2015/16 budget deficit amid concerns over increased uptake of debt from the Asian economic giant. Kenya has ramped up spending in recent years to build a modern railway, new roads and electricity plants, driving up the budget deficit and unnerving investors.

“We are in the process now of finalising the financing agreement. We expect very shortly the funds will be coming in,” Kamau Thuge, the Principal Secretary at the Treasury told Reuters.

Kenya has traditionally relied on Chinese loans for infrastructure projects and the World Bank recently warned that the country’s growing appetite for Chinese loans risks hurting the economy on huge debt repayment burden.

Treasury documents show that Kenya will pay Sh4.6 billion as interest and Sh2.34 billion as principal to the Chinese government and firms in the current financial, and debt burden will grow to Sh16.1 billion in 2018.

Kenya is targeting a budget deficit of 6.9 percent of GDP in the 2016/17 fiscal year (July-June), from a revised 8.1 percent this year, the ministry of finance said in February.

The deficit for this fiscal year is expected to decline to Sh522.3 billion shillings from Sh569.2 billion that was set in a June budget, the Treasury said in the draft budget policy statement released in February.

The narrower deficit was be arrived at through a reduction in expenditure and borrowing, the ministry said in the draft.

Kenya is building a modern railway from the main port of Mombasa to the capital Nairobi and officials blame the investment for the higher budget deficit. China has in recent years emerged as Kenya’s leading foreign lender, raising concerns over sustainability of the piling stock of debt.

World Bank says China’s loans to Kenya have been growing by 54 per cent a year between 2010 and 2014 with some of the credit having high interest rates.

In contrast, Kenya’s loans from its traditional foreign markets of Japan and France stagnated or declined. Kenya’s loan repayment to France will be Sh6.8 billion in 2018 while that of Japan at Sh5.4 billion, dwarfing the Sh16.1 billion Kenya will pay Beijing.

The main borrowing is linked to the standard gauge railway (SGR) where Kenya is using Chinese loan to build a new Mombasa and Nairobi line at a cost of Sh433 billion including financing costs.

“Kenya still has a heavy debt burden and China’s loans can bring debt to unsustainable levels.