Home Daily Security Briefing Kenya: The Muslim curfew is a breach of the constitution 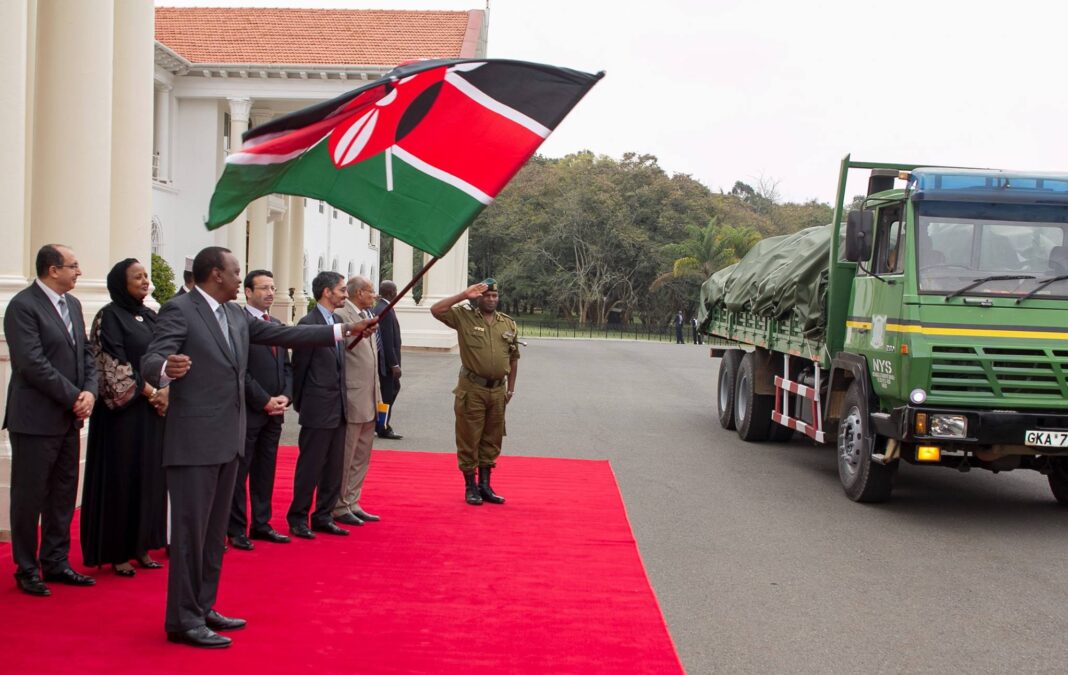 For public diplomacy,  (photo) Uhuru flagged-off a truck carrying foodstuffs donated by Muslim Ambassadors in Kenya to be distributed to the needy across the country. My Government will work closely with friendly nations to defeat extremism and other evils that threaten cohesion and harmonious co-existence in society. The food donated will go directly to the beneficiaries in Lamu, Mandera, Wajir and Moyale, among other needy counties.

But, the Kenyan National Assembly Leader Aden Duale has told Muslims in Lamu County of Kenya to defy a Ramadan curfew by Inspector General David Kimaiyo on night activities.

Duale, went to his Twitter account to encourage Muslim faithful to defy Kimaiyo and instead proceed with their daily religious activities while describing the IG’s directive as unconstitutional and an infringement into religious liberty.

“Muslims in LAMU County must go to the mosques for the last 10 days for Ramadan prayers despite the curfew. Our religion supersedes curfew order. Maintaining security in LAMU County is paramount but denying Muslim faithful their religious obligation on this holy month is unacceptable.”

“Due to the rising insecurity in Lamu County I do hereby issue curfew orders within Lamu County from July 20, 2014 to August 2014 from 6.30PM to 6.30PM.” Kimaiyo announced in his Jogoo House office on Saturday.

The IG added that every person residing within Lamu County is directed to remain indoors during the period the curfew order is in force except under and in accordance with the terms and condition of a written permit granted by the police county commander.

However, while reached for comment Duale dismissed Kimaiyo’s action saying that while he underscores the importance of security, it should not be used to infringe on the constitution and especially on religion.

“This week is one of the most important weeks in the Holy month of Ramadhan where Muslims all over the world take time to devote, pray and repent. We have told the IG to partially lift the curfew and only enforce it in the highways but not towns where religious activities are going on,” he said.

Duale added; “Muslims should meanwhile defy the order and continue with whole night prayers since the curfew is a breach of the constitution.” George Mosoku. the stanrdard digital, kenya