Home frontpage Kenya: Statement on the Signing of a Peace Agreement President Kiir... 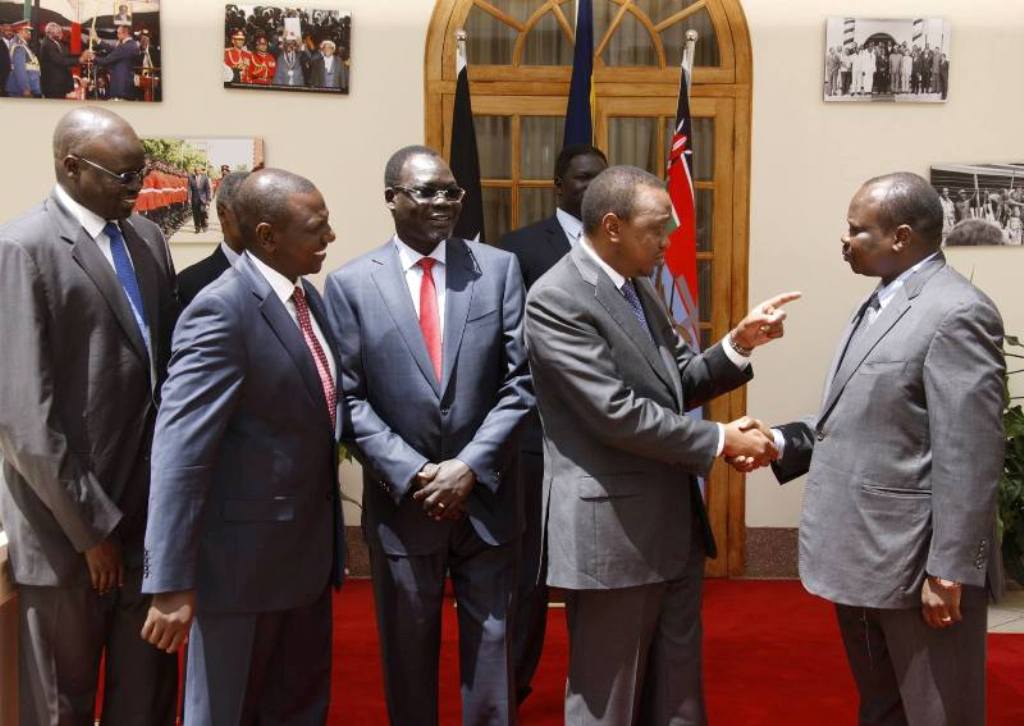 Share on Facebook
Tweet on Twitter
Nairoi (HAN) May 10, 2014 – President  Uhuru of Kenya held talks with four former South Sudan political detainees who paid me a courtesy call at State House, Nairobi. General Okiech Pag’an Amum, Ambassador Ezekiel Gatkuoth Lol, General Ajak Oyay Deng, and General Dr. Atem were released and handed over to me last week.  He told them, listen and  urged them to participate fully in regional initiatives to stop the ongoing fighting and ensure cessation of hostilities for sustainable peace in their country.
“I call on politicians … not to ignore the voices of the South Sudan people,”  US Secretary of State John Kerry were visiting South Sudan and has warned that more IGAD peacekeepers must be rapidly deployed to end the conflict.  “It is clear that the political system in South Sudan must become more responsive to the citizens’ agenda – conditions for more stable live, more efficient justice and fair opportunities in life.” President Uhuru of Kenya addded.
Uhuru appreciate the bold step by President Salva Kiir in releasing all political detainees so as to restore peace in South Sudan. With no political detainees remaining in South Sudan, the country and the region can now single-mindedly and without distraction focus on the cessation of hostilities. Regional IGAD  security  needs to move quickly to secure the gains so far made by the Government of South Sudan and IGAD and move to the next phase of a face to face dialogue between President Salva Kiir and Riek Machar.
STATEMENT BY H.E. PRESIDENT UHURU KENYATTA, CGH, RAPPOTEUR OFIGAD AND CHAIRMAN OF THE EAST AFRICAN COMMUNITY, ON THE SIGNINGOF A PEACE AGREEMENT BETWEEN SOUTH SUDAN PRESIDENT SALVA KIIRAND DR. RIEK MACHAR
I take this early opportunity to congratulate the President of the Republic of South Sudan, H.E. President Salva Kiir Mayardit and Dr Riek Machar for holding face!to!face talks today and signing the peace agreement.
Find below presidential Statement on the Signing of a Peace Agreement between South Sudan President Salva Kiir and Dr. Riek Machar – Click here
The latest updates Follow twitter.com/GeskaAfrika