Home frontpage Kenya: Somalia Will Rise with Tears of Defiance, Resilience and Courage 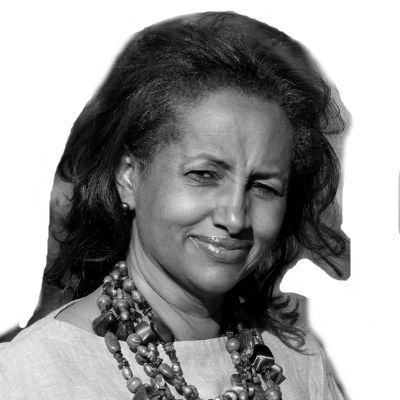 Nairobi (HAN) April 18, 2014 – Opinion By, Hibaaq Osman, Founder Karama. – Last week, I could only watch on television news as soldiers herded scores of my countrymen on to trucks like livestock, to be driven to detention centers. Women carrying babies struggled to climb onto the cumbersome vehicles, built not for carrying humans but cargo and commodities. Soldiers “helped” some of the women along, grabbing their behinds and pushing them upward, stripping them of their last shreds of dignity. 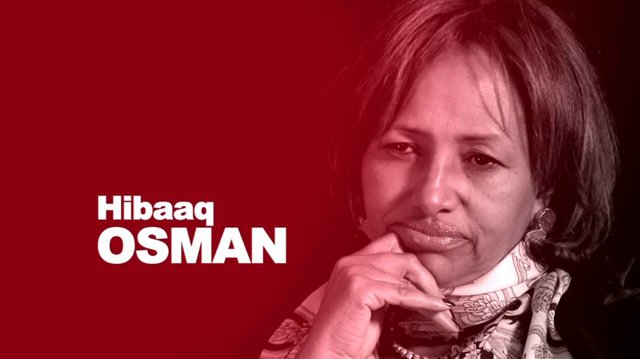 The scenes came after the Kenyan government ordered all urban-based Somali refugees in the country to move into designated camps. On televisions and computers all over the world, Somalis watched this scene, tears streaming down their faces in disappointment, anger and resentment for how their kin were being treated by their neighbors.

Somalia has become a scapegoat in the eyes of Kenya’s government, which has so swiftly decided to renege on the international conventions guaranteeing the rights of refugees. The Kenyan government has suggested that it is the Somali refugees who have threatened the security of the country in which they have sought sanctuary, pressuring those Somalis who left their homes for the promise of safety to return to violent areas of active armed conflict.

Somalia was not always the hotbed of corruption and violence it is today. In fact, it was once quite the opposite, a place where liberation movement leaders in the region sought refuge and were given support, and even diplomatic Somali passports.

However, the country has been gradually worn down in land exchanges and divisions that awarded control to every party in question, except Somalis themselves. Indeed, the Kenyan lands that so many Somalis are now being forced to leave — the Northern Frontier District (NFD) — were annexed by Kenya into its own borders in the ’60s, despite the overwhelming desire expressed by the region’s population to join the newly-formed Somali republic.

During the two decades of Somalia’s absence from the international arena, Nairobi has become the de facto capital of Somalia — the one where the profits and benefits of Somali’s hard work and of Somalia’s instability are realized. Somali businesspeople injected millions of dollars of investments into Kenya’s economy. Almost all non-governmental organizations with operations in Somalia were run from Nairobi-based regional offices. Additionally, export of khat to the unregulated market in Somalia generates about $300 million for Kenyans.

Kenyan profiteering is, however, not limited to legal avenues. A recent confidential report by UN monitors accused Kenyan soldiers in the African Union peacekeeping force in Somalia of facilitating illegal charcoal exports from the port city of Kismayu. This trade, banned by the UN in 2012, is known to generate millions of dollars a year for Al Shabaab, the Islamic militant group that has been fighting for control of Somalia for years. Kenyans have identified this same group as a major security threat, and cited its presence as a reason for pushing out the Somalis living within Kenyan borders. If such accusations of corruption prove correct, the Kenyan government is not only empowering the very extremists they claim to be worried about, but they are diverting precious resources from Somalia for the sake of their own greed. Kenya has continued on this path, lobbying to gain control of Somalia’s oil-rich waters, an effort that failed in 2009 but continues today.

While many find it easy to blame the people of Somali for their own radicalisation, there is little proof for such assumptions and indeed evidence to the contrary. For example, both Puntland and Somaliland (the former still part of the country while the latter withdrew from its union with Somalia in 1991) have embraced peace and averted war among their communities, despite the international community giving neither diplomatic recognition. By contrast, the rest of Somalia has been torn apart, pillaged and exploited.

Today, Somalis find themselves homeless. They have run from a fractured country in conflict but have found themselves unwelcome in the nation in which they have long sought refuge, through a campaign that has targeted Kenyan Somalis as well.

Kenya’s Interior Minister Joseph Ole Lenku said, “any refugee found flouting this directive will be dealt with in accordance with the law.” But what law is this? By international law, what Kenya is proposing is illegal. After years of housing Somalis, who, by historical accounts, belong in Kenya just as much as the native Kenyans themselves, they have been ordered to go.

Some will say that it is the right of the Kenyan people to protect themselves from extremism. That the threats they are facing are real and increasing, and they must address them. But Kenya has no legs on which to stand in this debate. It has provoked and supported the very threats it claims to fight against, leaching Somalis for every benefit they can provide and then discarding them in the cruelest possible ways. Extremism has become a smokescreen Kenya employs to distract the international arena from its own abuses and shortcomings.

Watching the refugees being removed, I saw a young boy looking out from the back of one of the trucks. I could see the terror and fright of what was happening drawn all over his face as he looked back upon the armed soldiers and their loaded rifles. Sadly for a child so young, he will remember this moment more clearly than any joy he has ever felt, and sadly for the world, it will inform and shape his future outlook. The fear he feels today will be the hatred he nurses tomorrow, and when he expresses his seemingly irrational desire for revenge, we will blame him for his own abuse and neglect.

I can see the cycle continuing, the fear bubbling up as these refugees fight feelings of worthlessness and powerlessness. I know where Somali youth will turn when they run out of options, and I hope that before then, we will realize where the greater portion of the blame lies and hold ourselves accountable for the part we have played in orphaning an entire nation. BLOG: .huffingtonpost –  Tears of Defiance, Resilience and Courage: Through It All, Somalia Will Rise.