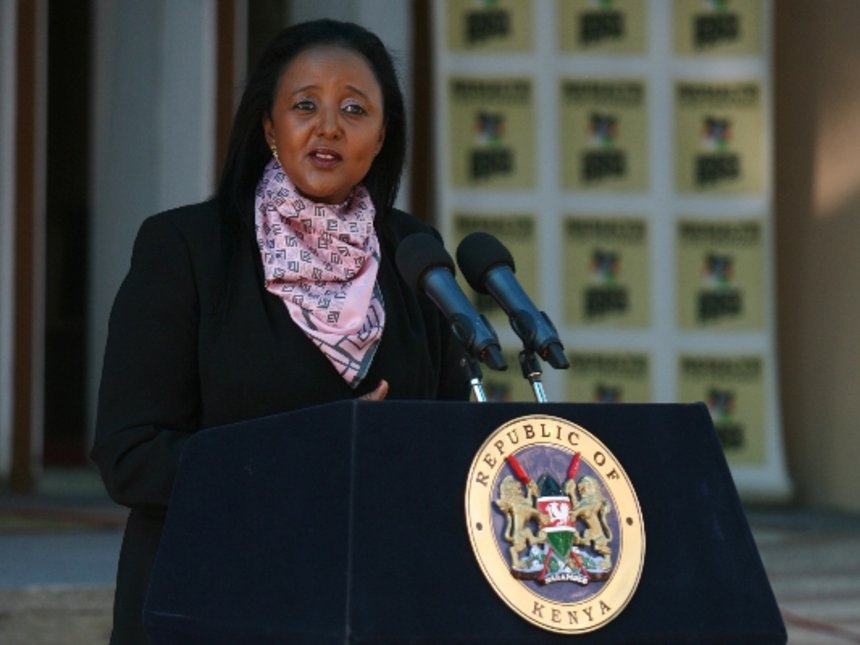 Kenya is eying a free visa pact with Somalia as part of a diplomatic offshoot of the recent miraa export row with the Horn of Africa nation.

At the moment, Kenyans and Somalis have to pay Sh5,000 ($50) to obtain visas that allow them to visit or to engage in cross border business.

The two states are expected to scrap visa requirements on their nationals as part of efforts to boost trade and investment.

The deal was reached during the 53rd IGAD Summit in Mogadishu a few days ago where leaders agreed to hold a Joint Commission of Cooperation (JCC) to negotiate for free visas.

“The two countries agreed to hold a JCC to negotiate a visa regime between the two countries,” Foreign Affairs and International Trade secretary Amina Mohamed tweeted during the summit.

A number of Somali nationals who have invested in real estate and retail sectors in Kenya have frequently accused security agencies of imposing strict visa rules.

A number of Kenyans have also found market outlets in Somalia, with goods amounting to Sh15.2 billion being exported to the Horn of Africa country last year.

While miraa accounts for almost 95 per cent of the exports, Somalia ranks above Burundi and almost at the same level as Rwanda. Last year Kenyans exported goods worth Sh6.6 billion to Burundi and Sh17.9 billion to Rwanda. Kenya inked the JCC with Somalia early this year but shaky diplomatic ties — owing to arbitrary border closures, refugee repatriation and an Indian Ocean boundary dispute — have slowed its activities.

Insecurity has undermined Somalia’s efforts to do business with neighbours and integrate its economy in the region. The country applied for East African Community membership two years ago but its quest for membership of the bloc’s common market has caused disquiet among neighbours who have questioned Mogadishu’s ability to protect foreign investments.

While Kenya, whose solders crossed into Somalia in 2011, has all along proclaimed support for the troubled neighbour, the recent lifting of a miraa export ban appears to have given fresh impetus to bilateral relations talks between the two countries. President Uhuru Kenyatta’s administration started off in 2013 by organising several joint trade and investment forums with Somalia counterparts but these fizzled out due to security concerns.

During the IGAD Summit, the two states re-launched the JCC to fast-track trade and investment efforts. Ms Mohamed tweeted: “The two Heads of State agreed to promote trade between Somalia and Kenya”.

President Kenyatta led the Kenyan delegation to the summit. He posted on his official Twitter handle, @PresidentKE: “Holding the IGAD Summit in Mogadishu is an attestation of the confidence the region has in the Federal Government of Somalia.”