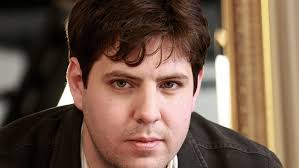 Nairobi (HAN) 08 April, 2016 – Public Diplomacy engagement for secure and safe region initiatives of the the Horn of Africa. The Public anger in Somalia from the upcoming United Nations Security Council meetings in New York (UNSC) to revoke, the reappointment of Jay Bahadur along with four of his colleagues for their crime against Somalia and its institutions (reappointed to the Group for another mandate, pursuant to Security Council resolution 2244 (2015).

According to the Somali business leader, “Mr. Jay Bahadur Along with four of his colleagues are a direct threat to the UNSC systems and indirect threat to the Somali people, because they published a false accusations to implicate innocent high profile Somali individuals in corruption and terrorism as a way to destroy their reputation and derail their efforts to build their recovering Somali State.”

The innocent Somali citizens in the report, their activities were empowering the UN assistance mission mandates and efforts to facilitate an environment of peace in the region and Somalia.

Because of the United Nations’ Somalia and Eritrea Monitoring Group’s (SEMG) false accusations, thousands of concerned Somali citizens angrily staged a public rally against the conduct of (SEMG) and demanded the Federal Government of Somalia to take serious measures on the Direct Threat posed by SEMG to Somali people and public institutions.

The rally was organized by prominent leaders from the civil society, including business community, academia, professional associations, university students, traditional leaders, women and youth groups and religious leaders in Somalia.

The peaceful demonstration at Daljirka Dahsoon in Mogadishu sought to highlight the violations of the SEMG on both public and private individuals in Somalia, which dedicated its resources to defame individuals to the extent of alleging innocent citizens as suicide bombers in one of its reports.

“Such outlandish allegations and mischaracterization of public officials remain the modus operandi of SEMG leaderships both past and present”, Muhidin Hassan Ahmed, a traditional elder said.

One of the Regional State leader said, “these allegations against Somali officials, Somali institutions, Somali entrepreneur and Business Community are completely unfounded and simply wrong.” “We need a full apology form UNSC members.” 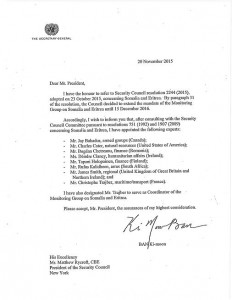 Despite claims for monitoring the UN’s arms embargo on Somalia, the SEMG has focused consistently on subverting the progress of the Somali people by mischaracterizing and distorting the facts on the ground in Somalia.

“It’s a high time for our government to draw a line and confront the dangers posed by the SEMG to the country and Somali citizens” said Mr. Daahir Hassan, a prominent member of the business community who co-organized the rally against SEMG.

The SEMG’s reports continue to discredit innocent Somalis without justifiable grounds, and at times using the narrative of terrorism to maintain the status quo as that clearly promotes anarchy and perception of chaos across the country. Such poor judgement is a destructive nature to the peace-building process in Somalia, and undermines the efforts of the Somali government and the international community to combat terrorism.

The protesters have called on the Somali President, the cabinet and the parliament to strongly demand from the UN Security Council to immediately dismiss members of the SEMG whose integrity is highly questioned.