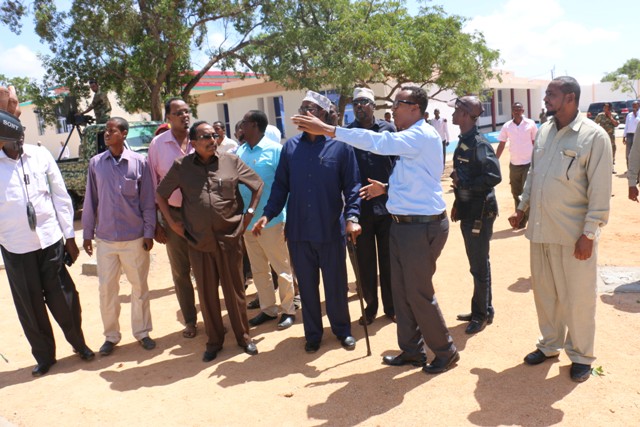 Nairobi (HAN) August 24, 2015 – Public Diplomacy and Regional weekly Security Initiatives update. The upcoming 2016  Somali federal parliament should be chosen by regional leaders rather than by elders favoured by the president, the governor of the strategically important Jubbaland province said in an interview. President Hassan Sheikh Mohamud has vowed to hold elections before his current term ends in August 2016, but he has abandoned the goal of a “one man, one vote” election. Mohamud was chosen by lawmakers in 2012 who themselves were chosen by elders. He is currently facing an impeachment motion by some members of parliament who accuse him of abuse of office and “betraying the country”. Critics have pushed for a more transparent election in the Horn of Africa country, which is struggling to beat an Islamic insurgency and rebound after more than two decades of chaos and war.

They also suggest that a process similar to the one in 2012 would favour the current president. “Somalia is a federal government and regional states should make the selection of parliament. I am not for the idea that clan elders select lawmakers,” Jubbaland president Ahmed Madobe told Reuters on Wednesday. While parts of the southern province are still controlled by al Shabaab, an al Qaeda-affiliated group that aims to overthrow the Western-backed government, the region’s Kismayu port generates valuable revenues from taxes, charcoal exports and levies on arms and other illegal imports. See also: Warnings as Somali lawmakers move to impeach president Madobe was elected for four more years last Saturday by members of the regional parliament, which defied a government decision in June that it be disbanded on the grounds it was unrepresentative and dominated by hand-picked members of Madobe’s clan.

Ahmad Madobe also echoed demands from other regional leaders for a larger share of resources from the central government in Mogadishu and the African Union peacekeeping force AMISOM to fight Al-Shabaab. “Jubbaland is surrounded by al Shabaab. We need particular assistance to eliminate al Shabaab – more funds, more military equipment, development projects and salaries for the forces,” Madobe said. “Jubbaland has the right to get a share of what the national government gets,” including aid from international donors, he added. Madobe and Barre Hirale, a clan elder, fought for years to control the city and its lucrative port. Hirale ruled Kismayu in the 1990s and into the 2000s until he was unseated by Madobe, who was at the time aligned to the Islamic Courts Union that ruled Somalia until 2006.