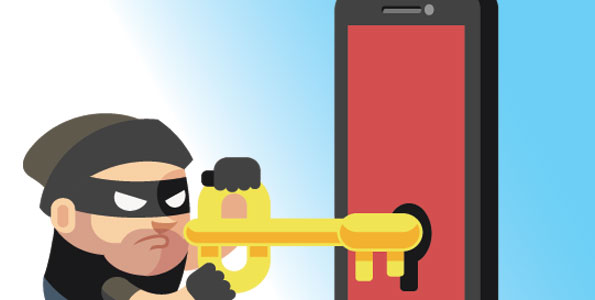 NAIROBI (HAN) January 30, 2016 – Public Diplomacy and Regional Stability Initiatives News. Simbox fraud is getting out of hand in East Africa, fuelled by a differential in international call termination rates, One Network Area (ONA) and the use of sophisticated technology by fraudsters.

The ONA is an arrangement allowing cheaper calls between Uganda, Kenya, Rwanda and South Sudan.

The differences in cost of termination of international calls within the four countries compared with other countries like South Africa and Nigeria are what have attracted fraudsters.

Uganda charges an excise duty of $0.09 per minute for incoming international calls while Kenya, Rwanda and South Sudan charge $0.04 per minute.

Analysts say fraudsters could be rerouting traffic meant for Uganda to the other ONA countries where charges are lower, thereby enjoying the $0.05 difference at the expense of the mobile companies and the government.

According to the Rwanda Utility Regulatory Authority (Rura), Rwanda experiences less fraud than its neighbours because it has a fraud management system within its International Gateway Traffic Verification System — which could be adopted by the region.

“We have had discussions aiming at the adoption of a similar system by all member states within the Northern Corridor and the harmonisation of our legal and regulatory frameworks to fight fraud,” said Beata Mukangabo of Rura’s consumer protection unit.

MTN Uganda saidlocal players have lost nearly $65 million in revenue tied to international calls, with the company witnessing increased calling volumes but reduced incomes from this segment between September 2014 and September 2015, according to Brian Gouldie, MTN chief executive officer.

The tax agency loses $0.05 per minute in excise duties under the same scenario. The Kenyan government could be losing up to Ksh500 million ($4,900) annually to the fraudsters according to the country’s Communications Authority.

Oluwole Babatope, research analyst on Telecoms and media at the International Data corporation said, international calls can be terminated in countries with lower excise duty and routed as a domestic call under the ONA agreement to Uganda, therefore bypassing the high fee of terminating an international call directly in Uganda.

If a call originating internationally is routed into a Simbox, it may be charged as a local or regional call, meaning the mobile network owners lose the difference between 10 and 22 US cents. The loss is estimated at 12-16 US cents per minute for calls routed through a Simbox according to Rura.

According to Tigo Rwanda, although the extent of revenue loss to “interconnect bypass” or Simbox activity is still largely unknown, it has spillover effects on the entire network.

“Apart from the direct impact on the operators’ bottom line, it causes traffic disruption on networks, and the quality of service suffers due to network congestion,” said Sunny Ntayombya, a corporate communications manager at Tigo Rwanda.

According to the Communications Authority of Kenya, the issue of ONA fuelling the Simbox fraud is yet to be investigated.

“We are yet to categorically confirm whether the Simbox problem may be fully or partly due to the implementation of the One Network Area. The imposition of surcharges on international incoming traffic by some of the countries within the ONA has created an arbitrage opportunity,” said CA in an e-mail.

Currently, there are four cases of Simbox fraud before the court, while one is still under investigation in Kenya. Safaricom Ltd says it has invested in Simbox detection software and systems but warns that fraudsters are using sophisticated equipment to disguise their activities.

“While we take every care to ensure that all cases are immediately identified and work with the CA to resolve any cases, individuals are still able to purchase Sim cards from the open market, register them as required by law and put them to whatever use they want,” said Stephen Chege, Safaricom director of corporate affairs.

Operators said it had become difficult to track down these players because of limited information available on trunking patterns in the regulator’s database.

Rura and Communications Authority of Kenya said they could limit the regulators in Kenya and Rwanda through limiting the number of simcards owned by an individual to 10 but analysts say the solution lies elsewhere.