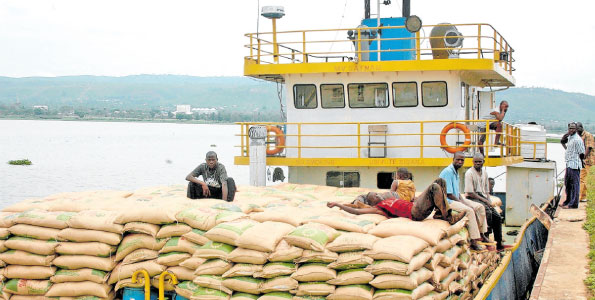 NAIROBI (HAN) July 9.2016. Public Diplomacy & Regional Security News.By JAMES ANYANZWA. Kenya is seeking to relax the rules on importation of sugar to avert a looming shortage fuelled by the under performance of local millers. Sugar is currently trading at between Ksh100 ($1) and Ksh125 ($1.25) per kilogramme.

The EastAfrican has learnt that the regulator — the Agriculture, Fisheries and Food Authority (AFFA) — is evaluating the applications of new importers and plans to increase the amount of sugar that each company can bring into the country.

The import quota is currently between 500 and 1,000 tonnes of brown (table) sugar, which is largely used for domestic consumption; import permits remain active for 45 days.

Kenya can import between 12,000 and 15,000 tonnes of sugar every month from Comesa and EAC member states.

“We don’t produce enough sugar so we must import. We have had cases where millers don’t pay farmers on time, and farmers are not motivated to plant cane,” said Alfred Busolo, the director-general of AFFA.

The authority has recommended a minimum price of Ksh3,550 ($33.5) per tonne of cane to be paid to the farmers, and has also drafted new rules to discipline millers who flout contractual arrangements with the farmers. The proposed rules are currently at the Attorney General’s Office.
AFFA said the new price takes effect this month.

Millers are supposed to pay farmers for cane delivered within 30 days. If the new rules are approved, millers will pay interest to farmers for delayed payments .

Among the least productive millers are Mumias Sugar Company and Muhoroni Sugar Company, whose stocks were 27 tonnes and four tonnes respectively, while Butali Sugar Mills held stocks of 63 tonnes of sugar.

“Currently, we are renewing the licences of existing companies and registering new ones,” an official from AFFA told The EastAfrican.
“When the deficit is large we increase the quotas for each importer to stabilise retail prices,” the source added.

In the same period last year, Kenya imported 99,539 tonnes of sugar, mainly from Madagascar Uganda, Zambia and Egypt.
In May, Uganda agreed on quarterly sugar exports of 9,000 tonnes to Kenya.

The two countries also agreed that Kenya would facilitate sugar manufacturers in the utilisation of by-products by reviewing the policy on power purchase agreements for green power.

A cross-section of Kenyan millers attributed the shortage of sugar in the country to the unavailability of cane delivered to factories.

“Some of the millers are operating completely below capacity because they don’t have cane. We have not been hit hard, but if the trend continues we shall end up with the same problem,” said Godfrey Wanyonyi, the managing director of Nzoia Sugar Company Ltd.

According to the Kenya Sugar Board, deteriorating soil fertility and fragmentation of cultivated land into smallholdings have reduced the acreage under cane cultivation.

According to the Busia Outgrowers Company, delays in payment have led to farmers abandoning millers with whom they have contractual arrangements in favour of those who guarantee prompt pay for cane delivered.

“Payment is a big issue because farmers want to deliver cane to millers who pay well, and on time,” said Stephen Omuse, the chairman of Busia Outgrowers.

In June, Mumias, the country’s largest miller, stopped operations due to lack of cane as farmers delivered their cane to rival firms over delayed pay. The miller, which is listed on the Nairobi Securities Exchange, claimed to have lost 750,000 tonnes.

Chairman Dan Ameyo said the company was losing cane to rival millers that pay cash on delivery, adding that the sustainability of Mumias would be ensured if the trend is reversed.

Kenya’s cost of producing sugar has also come under scrutiny, with cost per tonne estimated at $1,250, the highest in the region and more than double the global average of $500 per tonne.

In Tanzania, President John Magufuli’s ban on importation of sugar in February is hurting consumers.

The current demand of sugar in Tanzania is estimated at 590,000 tonnes per annum out of which 420,000 tonnes  is for direct domestic consumption while 170,000 tonnes is for industrial use.

Minister for Industry and Trade Charles Mwijage said Tanzania has invited investors from Oman, China and India to boost sugarcane production as a sustainable solution to the sugar deficit.