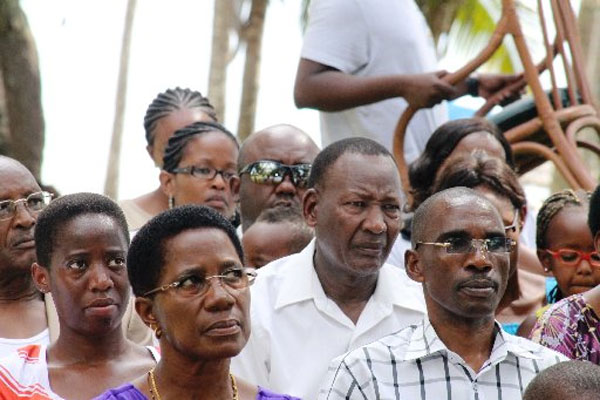 NAIROBI (HAN) December 27, 2015 – Public Diplomacy and Regional Stability Initiatives News. Security agencies have been on the highest alert level since January, following intelligence reports that 11 terrorists may have sneaked into Kenya from Somalia to carry out attacks during the festive period.

In a year marred by the worst terror attack since the 1998 bombing of the United States embassy in Nairobi, radical security plans were put in place during the Christmas and New Year period, says Interior Cabinet Secretary Joseph Nkaissery. During a similar period last year, 54 Kenyans died after Somalia terrorist group Al-Shabab killed workers at a quarry and then attacked a bus in Mandera. Since then, there has been a tactical change in law enforcement, intelligence gathering and dissemination.

“After suffering setbacks, there was heightened surveillance, robust intelligence gathering and follow-ups. We also amended security laws in December 2014. There was a comprehensive review of the legislative framework. It was essentially sealing loopholes in various pieces of legislation that were exploited by terrorists,” said the chairman of the Parliamentary Committee on Defence and Foreign Relations, Mr Ndungu Gethenji.

The Security Amendment Act 2014, which came into effect in 2015 following a court battle launched by the opposition, was an omnibus legislation that affected many security-related laws. It gave the President more powers in appointing the police boss and made it easy for agencies to gather and present evidence against terror suspects. Police reforms have also gathered momentum, with nearly 100 senior police officers found unfit for law enforcement being discharged after a rigorous vetting by the National Police Service Commission.

The Office of the President, under which the Interior ministry falls, invested over Sh10 billion to establish a national command centre for the police to ensure “real time” crime reports and response. The project involved mounting CCTV cameras on major streets in Nairobi and other public places.  Veteran public administrator Mohammed Saleh was also appointed the regional coordinator of terror-prone North Eastern region.

“The Global Entrepreneurship summit brought together thousands of investors. Today, our country is rated as the most improved in the ease of doing business. Security is central to business,” he said. The minister added: “ We have also hosted global figures such as US President Barack Obama, Pope Francis, President SirLeaf Johson of Liberia, the Italian Prime Minister and former UK Prime Minister Tony Blair.”

This month, Kenya hosted the World Trade Organisation’s ministerial conference that attracted more than 12,000 delegates from 161 countries, a first in sub-Saharan Africa. To check against illegal immigrants, the Immigration department launched the Integrated Population Registration System. Each Kenyan will have a unique number that will link one’s personal information stored by various government agencies and private corporations to a location at the Immigration directorate. Source: dailynation