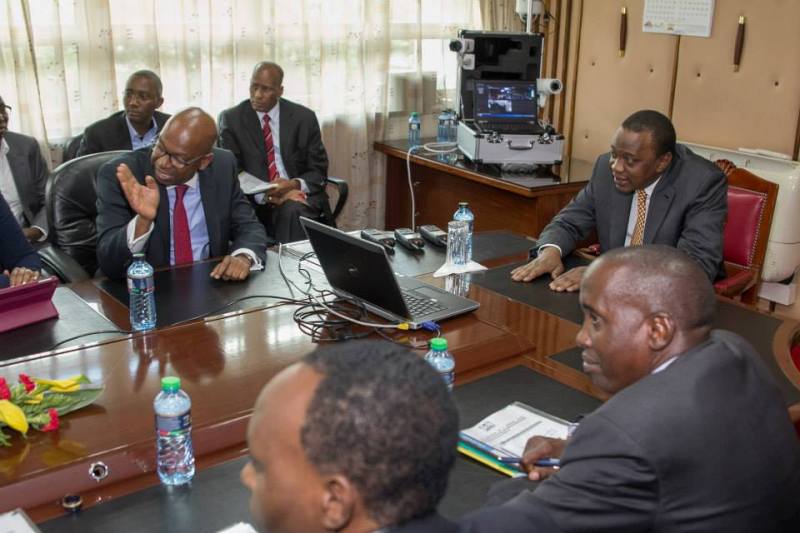 Djibouti (HAN) May 16, 2014 . IGAD2020 Regional Security News Headlines. This week, The president of kneya with senior security officials and the Safaricom team led by CEO Bob Collymore who will build the Integrated Public Safety Communication and Surveillance System. They demonstrated how the system will work. The Kenya Police Service will soon have this modern integrated security system that will revolutionise how it fights crime.  Uhuru added, ‘I want this done as soon as possible because it is necessary for the safety of our country. I have directed the Inspector General of Police David Kimaiyo to include young police officers in the group that will be trained because they are able to adapt to new technology faster.’

The Western warnings and departures by European and American tourists from Kenyan hotels along the popular coast are further harming Kenya’s tourism sector, which President Uhuru Kenyatta has said is “on its knees” following the deadly attacks. The Western tourists are still fleeing form Kenya. At least morethan 400 checked out of their hotels, heeding the travel advisories, according to Sam Ikwaye of the Kenya Association of Hotelkeepers and Caterers. “We fear many more will leave,” Ikwaye told Reuters.
A British tourist, Matilda Evan, said: “Six days of my holiday have gone to waste just like that. But again, when your government tells you to leave for security reasons, what else can do you do?”

Kenya called the alerts “unfriendly”, saying they would increase panic and play into the hands of those behind the gun and grenade assaults that have hit the capital Nairobi and the coastal resort of Mombasa. 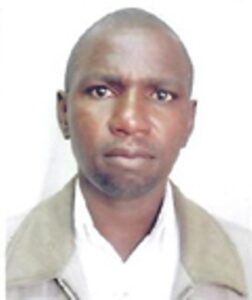 Opinion By. GEORGE OKORE (INTERNATIONAL JUSTICE ICC) .  Analysts warn that the continuing security operation in the Kenyan capital Nairobi risks widening religious and ethnic divisions, and question the nature of the terrorism threat that prompted the crackdown.

Operation Usalama Watch got under way in Nairobi’s largely Somali suburb of Eastleigh on April 1. Since it began, security forces have rounded up more than 4,000 suspected illegal immigrants and refugees, mainly from Somalia, and held them at the nearby Kasarani stadium in Nairobi for screening by police, the national registration bureau and the department of refugee affairs.

At the same time, the government has ordered all refugees to return to camps in northern Kenya where they are officially registered. (See Nairobi Demands Refugees Return to Camps.)

The police operation was launched after a spate of attacks in Eastleigh and the coastal city of Mombasa.

On March 23, gunmen fired on a church in Mombasa, killing six people and wounding several others. A week later, multiple explosions in Eastleigh killed a further six. Late last month, four people were killed when a car exploded as officers were directing the driver to take it to a Nairobi police station.

On May 4, three people were killed and more than 60 injured when improvised bombs exploded on two commuter buses in Nairobi.

Those attacks followed the assault and stand-off at a Nairobi shopping centre in September 2013. Islamic militants from the Somali-based group al-Shabab stormed the Westgate building on a busy Saturday, killing 67 people and injuring hundreds of others.

“Last year, I joined fellow Kenyans at this same venue [Kasarani stadium] to witness the swearing-in of the new president,” said one Nairobi resident.

A Muslim, this woman accused the authorities of persecuting members of her faith.

“It’s unfortunate and symbolic that on the first anniversary, my fellow-Kenyans are being screened here mainly because of their religious beliefs,” she said.

Other Nairobi residents say that the operation and the police’s treatment of Somalis have led to the demonisation of the Muslim community, and that this has been exacerbated by the local media.

“All one needs to do is listen in to any talk radio programme these days and you’ll hear Muslims being blamed for every security problem,” a student in the capital said.

Islamic leaders and human rights groups have condemned the police’s actions, accusing them of targeting Muslims and stoking tensions between different ethnic and religious communities.

“When such an important national security operation takes a partisan religious angle, we are worried Kenyans will splinter along religious lines,” Maurice Odhiambo, president of the National Civil Society Congress, said at a recent press conference in Nairobi. “The operation should target all criminals disregarding races, religion [and] status.”

Human rights groups have documented abuses against the Somali community in Kenya over a number of year, as the authorities try to respond to attacks by militants linked to al-Shabab.

According to the New York-based Human Rights Watch (HRW), security services beat and tortured hundreds of people and raped more than a dozen women in a security operation in northeastern Kenya five years ago. The group reports similar operations across the north over recent years which have involved widespread mistreatment of Somalis, both refugees and Kenyan nationals, by the security services.

In the latest crackdown in Eastleigh, rights groups have recorded accounts of detainees being held in deplorable conditions. Many have been held without charge far longer than the legal 24-hour period. HRW said it had witnessed detainees at the Pangani police station near Eastleigh being whipped and beaten.

Cedric Barnes, a Horn of Africa expert at the International Crisis Group think tank, argued in a blog post that rather than combating terrorism, the police risked further radicalising parts of the Muslim community.

“The recent attacks were targeted and the government’s security operations in response quickly exposed divides between majority and minority communities, even between [lawmakers] within the ruling Jubilee coalition,” Barnes wrote. “The government’s recent action threatens to create a greater constituency for al-Shabab. Blanket actions that look like collective punishment of a particular minority and faith group can only marginalise – and radicalise – further.”

The Kenyan authorities have insisted their actions are legitimate.

In an article on Nairobi’s Capital FM website, the inspector general of police, David Kamaiyo, said the operation was justified and was not aimed at any specific ethnic or religious group.

“The ongoing crackdown against criminals across the county is not targeting any particular community or religious group, but individuals who have been causing mayhem and terrorising Kenyans,” he wrote. “Those who have been arrested in the past few weeks are from different communities in Kenya and foreigners who do not possess legal documents to be in the country.”

He dismissed as “preposterous” claims in local media that human rights violations had taken place.

As analysts criticise the heavy-handed methods employed by the security services, some ask whether there is a legitimate basis for these sweeping moves all.

The recent attacks in Kenya have been blamed on al-Shabab and are generally assumed to be retaliation for operations the Kenyan military has been pursuing against the militant group inside Somalia since October 2011.

However, unlike in the attack on the shopping mall last September, al-Shabab has not claimed responsibility for any of the recent attacks.

Ben Rawlence, a researcher for the Open Society Institute who is based in Kenya, questions the conclusion that the attacks are linked to organised terrorism, and in particular to al-Shabab.

There are other questions about the conduct of the security operation. Although large numbers of refugees – legal and illegal – have been detained, media reports in Kenya suggest that hundreds of them have been able to buy their freedom by paying security officers bribes of a few thousand Kenyan shillings (around 100 US dollars).

The government’s order for refugees to return to refugee camps like the Dadaab settlement near the Somali border seems inconsistent with the allegation by the Kenyan parliamentary committee on national security last October that the camp had become a training ground for Islamic extremists. The committee ordered the camp to be closed, although the United Nations refused to do this. (See Proposed Closure of Kenya Refugee Camp Condemned.)

Over the last few weeks, the government has said it is pursuing only those who are in Kenya illegally, but it has not explained why illegal immigrants are more likely to be involved in terrorism than legal ones.

Rawlence argued that if police were willing to take a bribe in return for releasing individuals suspected of acting illegally or posing a serious terrorism risk, that raised serious questions about the validity of the threat.

“You’d be forgiven for being quite sceptical about the way in which the Kenyan government has undertaken this operation,” Rawlence said. “It doesn’t seem to add up in terms of cause and effect, unless the Kenyan state really is stunningly blinkered and stunningly incompetent, with the police letting everybody go.”