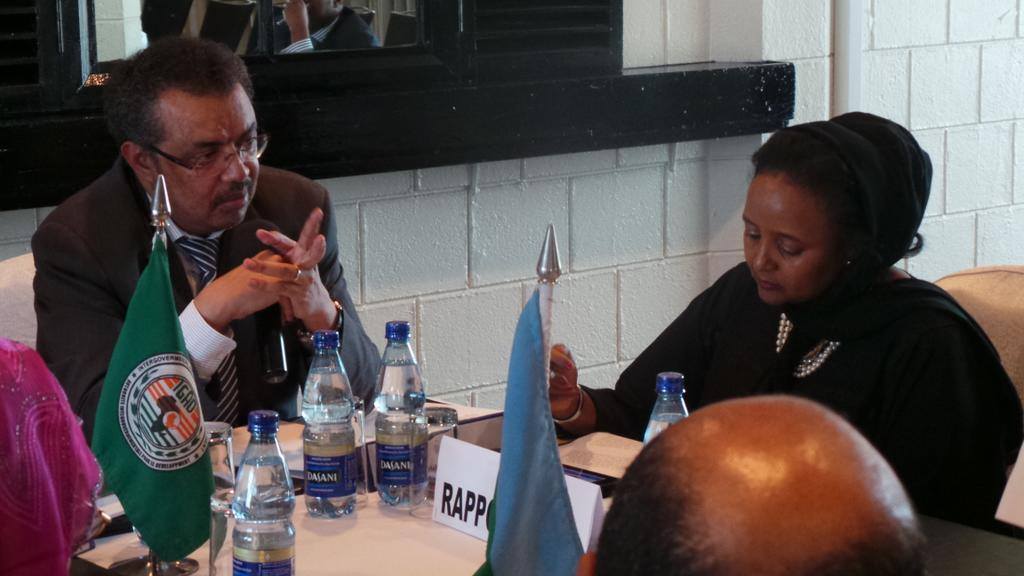 Nairobi  (HAN) August 15, 2014. Regional security and defense news.   An Extraordinary IGAD Council of Ministers meeting, chaired by Ethiopian Foreign Minister, Dr. Tedros Adhanom, was held in Nairobi on Wednesday without Somalia minister of Foreign affaires. The meeting was briefed by Ambassador Seyoum Mesfin, Chair of the IGAD Special Envoys, on the progress of the IGAD-mediated South Sudan peace talks and Somalia.

The IGAD foreign Ministers discussed the problem leading the talks to stall over the last two months. The major issue had been the enlargement of the talks to include the other stakeholders, including the SPLM (former detainees), civil society organizations and faith-based groups. The Ministers agreed unanimously that the problem had been caused by the refusal of the SPLM/A-in-Opposition to participate in the talks despite the agreement it had signed. The Ministers agreed that “tough action” should be taken against any party that hindered the peace talks.

The IGAD Ministerial meeting followed the visit of the UN Security Council to Juba on Tuesday after which Ambassador Mark Lyall Grant, Permanent Representative of theUnited Kingdom, President of the Council for August, made it clear that the Security Council was ready to consider “all appropriate measures” against those who undermine the peace, stability and security of South Sudan, adding that there would be consequences for those who try to undermine agreements that are reached in the Addis Ababa talks.

After talking to President Kirr and by video link with Rik Machar , Ambassador Lyall Grant described their discussions as “disappointing,” and said “we did not hear much from them that gave us hope that there will be rapid agreement.” Both had said they recognized there could be no military solution, but “the two positions remain far apart.

” Ambassador Lyall Grant said “We underlined a very strong message that there will be consequences for those who undermine the peace process, that is not willing to put aside their personal agendas in the interest of the people.”

The UN Security Council also met with the IGAD ministers without Somalia foreign ministry in Nairobi to discuss what the next steps should be, before going on to Somalia.  The IGAD Council of Ministers also discussed Somalia, and commended the successful political process now underway, including the regional state formations of  Central and Khatumo. The Ministers expressed concern over the looming humanitarian drought in Somali zones of Somalia, Nothern Kenya and  Somali zone of Ethiopia.