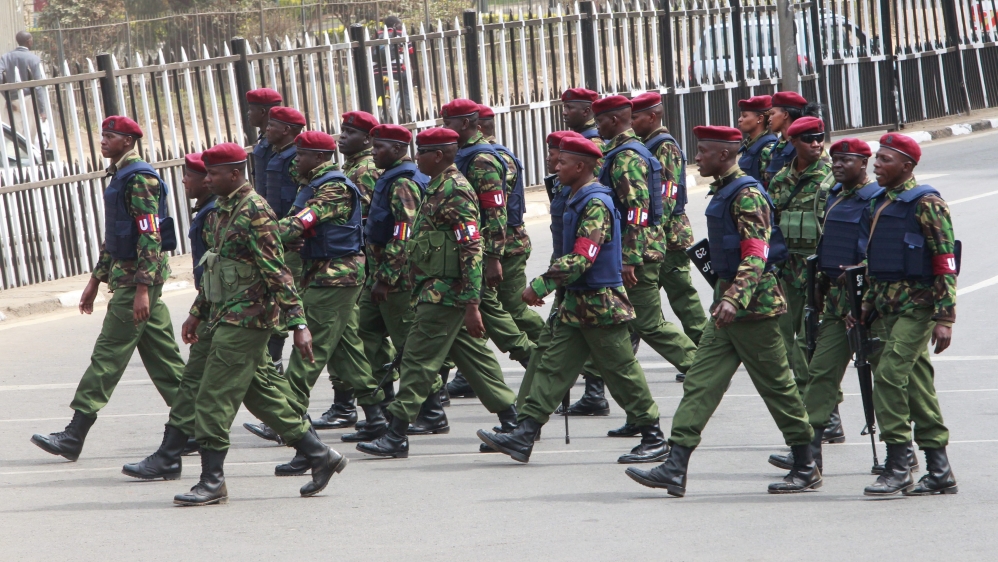 In a report late on Tuesday, Human Rights Watch (HRW) documented 34 “enforced disappearances” and 11 suspected “extrajudicial killings” over two years as part of counterterrorism operations in the capital, Nairobi, as well as in the country’s north-east .

Roth described the cases documented in the report as “just the tip of the iceberg”.

The report details people taken from their homes by masked, armed men who did not identify themselves, or being beaten in the streets and driven away in government vehicles.

Some of the disappeared were last seen in police or military custody, the report said. No one has been charged with any crime, nor are their families able to trace them.

“Rounding people up and refusing to disclose their whereabouts is a serious crime and only compounds fears and mistrust in the security forces,” Roth said.

HRW said they spent more than eight months investigating the abuses in Nairobi and in the northeastern counties of Garissa, Wajir, and Mandera.

Both human rights and academic researchers have repeatedly warned that the heavy-handed approach alienates and angers communities.

Those warnings have been ignored, HRW said, with a range of security agencies employing the same tactics in north-east Kenya under the legal authority of Kenya’s National Security Council, headed by the president and other senior officials.

“These are just claims,” he told the Reuters news agency on phone.

Police spokesman Charles Owino said “the allegations raised by Human Rights Watch are very serious” and challenged HRW to provide “all the evidence they have … to the Independent Policing Oversight Authority, the Witness Protection Unit and the Director of Public Prosecutions for a thorough investigation so that action can be taken.

“I know they will not trust us to investigate ourselves and that is why we are saying they give all the information to IPOA which is an independent body charging with investigating police excesses,” he told the Associated Press news agency.

There is a host of security agencies deployed in Kenya’s north-east, including national police and reservists, the army and even the Kenya Wildlife Service (KWS).

All are said to be implicated in the alleged murders and abductions of mostly ethnic Somali men in their 20s-40s.

“This is multi-agency abuse, with a sophisticated operational structure that reaches to the highest levels of government,” Roth said.

The report also pointed the finger at Kenya’s new National Counter Terrorism Centre, which was established to coordinate the counterterrorism operations.

Since sending troops into Somalia in 2011, Kenya has suffered numerous attacks by the al-Qaeda affiliated al-Shabab group, including an assault on Nairobi’s Westgate shopping mall in 2013 and a massacre of students at a university in Garissa in 2015.