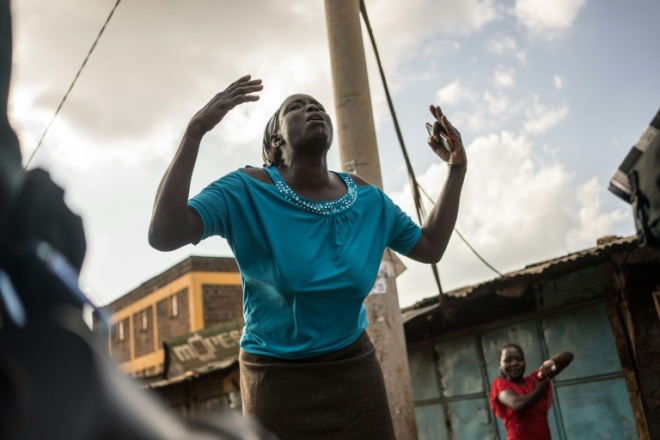 A second protester was killed in Kenya on Friday as anger raged a day after a divisive election boycotted by the opposition, taking the death toll from two days of protests to eight.

The latest victim was shot dead by police in the Kawangware slum in Nairobi during clashes involving members of three tribal groups, police and witnesses said.

“We have one fatality — a person shot during the skirmishes. The situation is still tense because the area is dark after the power went off,” a police officer at the scene told AFP, speaking on condition of anonymity.

Josphat Ochwaya, a local resident who was there at the time, told AFP it started when a group of youths “started attacking people and questioning why people never voted” in Thursday’s presidential re-run which was widely boycotted by supporters of opposition leader Raila Odinga.

“That’s when an all-out war broke out and youths armed themselves to protect businesses.. because there was looting by some who took advantage,” he said, noting that a supermarket was broken into then set on fire.

When the police turned up, the youths fled but continued to hurl stone at each other and at the police, who opened fire, killing one, he told AFP saying there were “gunshots all over”.
During the morning, another protester was shot dead in the western town of Bungoma during a protest against plans to repeat Thursday’s ballot in four opposition strongholds this weekend after violence blocked voting on election day. Such plans were later postponed.

Another six people died in Thursday’s violence, most of them in Odinga’s western strongholds.

Since independence in 1963, three of Kenya’s four presidents have come from the Kikuyu ethnic group, to which President Uhuru Kenyatta belongs. The other was Kalenjin.

That has left the Luos, Odinga prominent among them, and other major ethnic groups feeling excluded from power and marginalised for over half a century