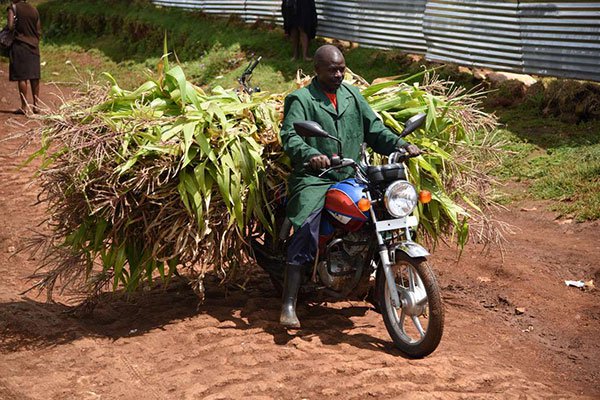 Kenyan farmers have raised the alarm on the saturation of the cereals market with maize from Uganda and Tanzania, causing a glut and denying them income.

A bumper harvest across the region last year caused an oversupply and a subsequent fall in prices, resulting in farmers struggling to get market access and leaving governments unable to buy all the maize for their strategic reserves.

A presidential task force formed last year has released a report reiterating the farmers’ concerns, accusing the two East African states of distorting the Kenyan market by over-exporting maize to the country.

The report, dated January 28, 2019, cites an imbalance of trade between Kenya and the other EAC states, which has seen the country import more maize than required in spite of a bumper harvest in the North Rift region.

The report, which will be presented to President Uhuru Kenyatta, comes at a time when maize farmers are embroiled in a tussle with the government over prices that they say are too low, and the failure by the National Cereals and Produce Board (NCPB) to buy all their produce.

The farmers were outraged by the government’s announcement that it can only buy two million bags worth $50 million under a quota system, where each farmer is to deliver not more than 400 bags to the NCPB at a cost of $23 per bag: The farmers have 46 million bags of maize.

The 13-member Maize Industry Task Force, co-chaired by Governors Jackson Mandago of Uasin Gishu and Patrick Khaemba of Trans-Nzoia county — Kenya’s leading maize producing regions — blames the state of affairs on poor implementation of the legal and regulatory frameworks meant to safeguard the country from dumping and over-importation.

In recent years, Kenya’s annual maize production has averaged 40 million bags against an annual demand of 52 million. But, lately, there has been over-importation, causing a glut and impacting prices.

“Kenya must stop the market distortion by ensuring it imports the quantity and quality of maize it only requires to avoid over-importation of maize from other EAC states,” the report states.

The task force was set up by President Kenyatta late last year to review the maize sub-sector and come up with solutions to guarantee stability.

The EAC allows free movement of maize produced within the region, and recommends high tariffs on maize coming from outside.

Data from the East Africa Grain Council (EAGC) shows that 111,000 tonnes of maize grain were traded in the region in the fourth quarter of 2018, with Uganda, Tanzania and Kenya accounting for 57 per cent, 32 per cent and nine per cent of the total exports respectively.

The main destinations were Kenya, South Sudan, Rwanda and northwestern Tanzania, which accounted for 56 per cent, 17 per cent, 15 per cent and nine per cent of the total respectively.

During that period, Uganda’s exports to Kenya stood at 29,752 tonnes, while Tanzania exported 31,963 tonnes, a 36 per cent and 14 per cent decline respectively from the previous quarter.

“The seasonal decrease in the maize trade was attributed to high maize availability among most countries in the region, following the October-to-December harvest,” says the EAGC in its latest East Africa Cross-border Trade Bulletin.

Exports from Tanzania to Kenya, especially from the main producing regions in the south, where prices are lower, are expected to increase in the first quarter and peak in the second quarter of 2019.

Although the EAC Treaty provides for trade liberation in the region, the Kenyan task force has recommended the implementation of “tenets” relating to the balance of trade in order to ensure competitiveness in the maize sub-sector.

The task force has also demanded effective and efficient implementation of and adherence to trade protocols to curb dumping and over-importation and promote fair competition to ensure farmers across the region benefit from their labour.

These challenges have negatively affected the sub-sector, leading to declining production, and exposing Kenya to recurring food insecurity and high food prices.

“Cycles of severe national food insecurity persist to date, occasioned by population increase and numerous farming challenges,” states the report, which also calls for increasing the strategic food reserve stocks to six million bags from the average of 1.2 million bags over the past five years.