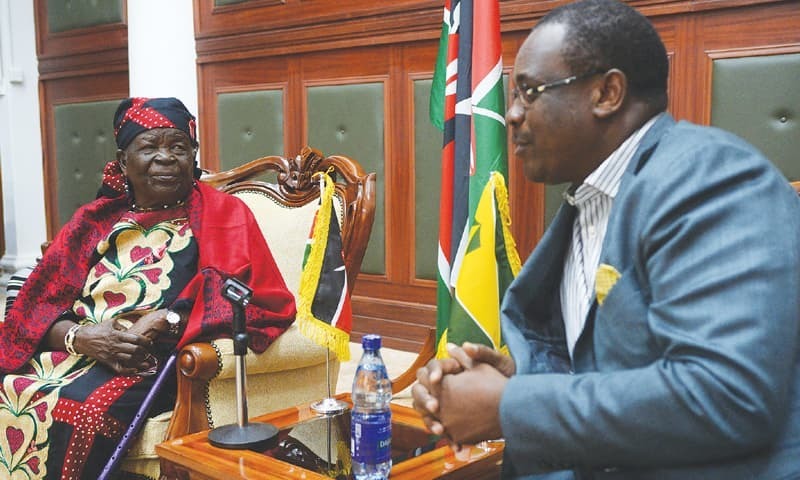 Nairobi (HAN) July 5, 2015 – Public Diplomacy and Humanitarian Weekly updates – The only surviving grandparent of President Barack Obama, 94-year-old Mama Sarah Obama, as she prefers to be called, is visiting the United States, in part to raise money to build a $12 million educational and medical center in her community of Kogelo, Kenya.