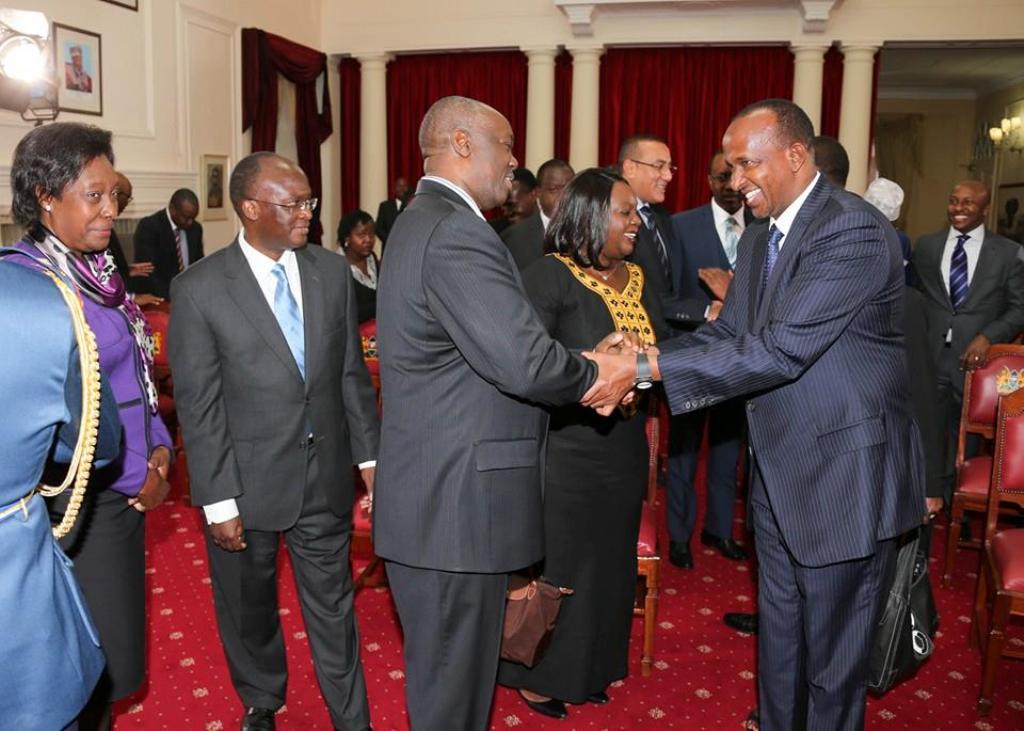 Nairobi (HAN) September 12, 2014 – Regional defense and National security news. The President of Kenya, Uhuru Kenyatta has said he picked Kameru for his success in intelligence-gathering in Somalia. Kenyan troops first launched an offensive against the Somali Islamist in October 2011, accusing the Al-Shabaab militants of raids inside Kenyan Towns and cities.

Deputy President William Ruto and Uhuru together witnessed the swearing in of the new National Intelligence Service Director General, Major General Philip Wachira Kameru and the New Airforce Commander Major General Samuel Ng’ang’a Thuita at State House, Nairobi. I told them to join hands with other Government officials in delivering effective and efficient services to Kenyans.

Major-General Philip Kameru was sworn in first where he stated that he will do his best to be just and fair during his tenure to secure safety of Kenya.

“I, Major General Philip Wachira Kameru do swear that I will do well to serve the Republic of Kenya in the office of the Director General of the National Intelligence Service and that I will do justice in accordance to the Constitution of Kenya as by law established and in accordance with the laws and customs of the Republic without fear, affection favor or ill will so help me God,“ he vowed.

Kenyan security bosses were lambasted by the public for failing to prevent the four-day siege and Kameru’s predecessor, retired Major-General Michael Gichangi, resigned in August under pressure over a rise in attacks blamed on Somali militants Al-Shabaab in Southern Somalia.

Kenya has suffered a string of gun and grenade attacks by the Al-Shabaab militants based in Southern Somalia, Somaliland and Puntland regions of Somalia since its raid on Westgate mall, particularly in Nairobi and on the coastal tourism towns, close to Kismayo city of Jubaland Authority controlled by Kenyan Forces.