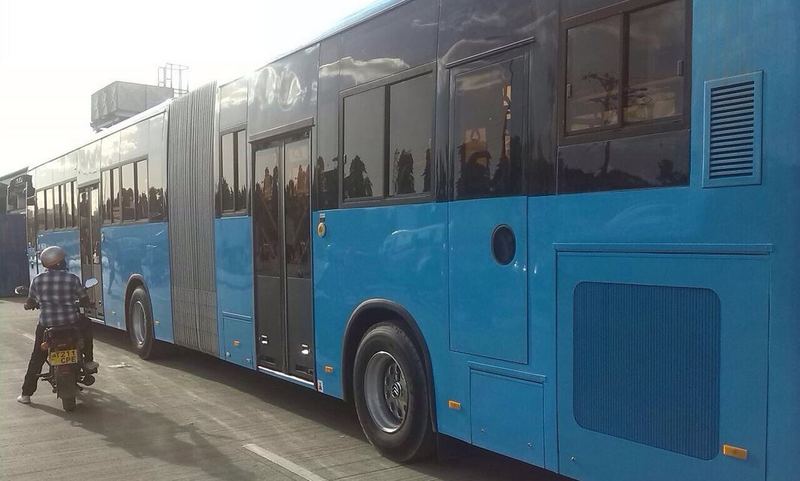 Transport Cabinet Secretary James Macharia said Friday that the implementation of the proposed special bus transport system has proved difficult due to lack of provisions in the existing road infrastructure to cater for special lanes to be used by the new buses.

“You know in the mass rapid transit system (MRTS) there are two components: the commuter rail and the bus. The bus will be very difficult because we don’t have the lanes for the buses. What will come is the commuter rail because it will use the existing meter gauge rail.

“We have already received proposals from France, United Kingdom, Turkey, Hungary and China who want to operate the rail system. There is a lot of interest in the rail system,” Macharia told reporters in Nairobi.

The construction of a rapid bus transit system was part of Kenya’s proposed mass rapid transport systems (MRTS) meant to reduce traffic congestion in Nairobi and other major cities and to improve the country’s regional competitiveness.

It is estimated that traffic congestion in Nairobi city costs the economy $360 million annually.

Nairobi’s population has increased to 3.3 million from 350,000 in 1963 with the number of vehicles estimated at  300,000 without an equivalent increase in the road network.

Construction of the bus rapid transit system was expected to start next year, being the initial phase of the World Bank-funded MRTS project.

The MRTS is part of the National Urban Transport Improvement Project (NUTRIP) to help expand the capacity of Uhuru Highway and to initiate rapid bus transit and commuter rail systems.

World Bank committed to invest $300 million in the project in 2012, in addition to $113 million from the Kenyan government.

The project entailed the building and operation of new rapid bus and rail transport systems to increase the volume and speed of passenger and freight services around the country’s urban areas.

Others included expansion and upgrading of highways, service, and access roads from Jomo Kenyatta International Airport through Nairobi to Rironi on the Northern Corridor transport system, and construction of by-passes in Kisumu in Western Kenya and Meru in the East.

The bus rapid transit system (BRT) was initially expected to have 600 buses using five interconnected lines to ferry commuters to all the key city suburbs.

The new blue buses were part of a mega project to be undertaken by Usafiri Dar es Salaam (UDA) and a group of private daladala (privately owned mini-buses and vans) operators that upon completion in 2035 will see up to 90 per cent of Dar residents enjoy the BRT service.

Last year, the Kenya National Highways Authority (KeNHA) had reportedly embarked on the development of the bus transit infrastructure by advertising for a consultant to prepare documents for design and build concept of the section between Likoni Road and James Gichuru Road.