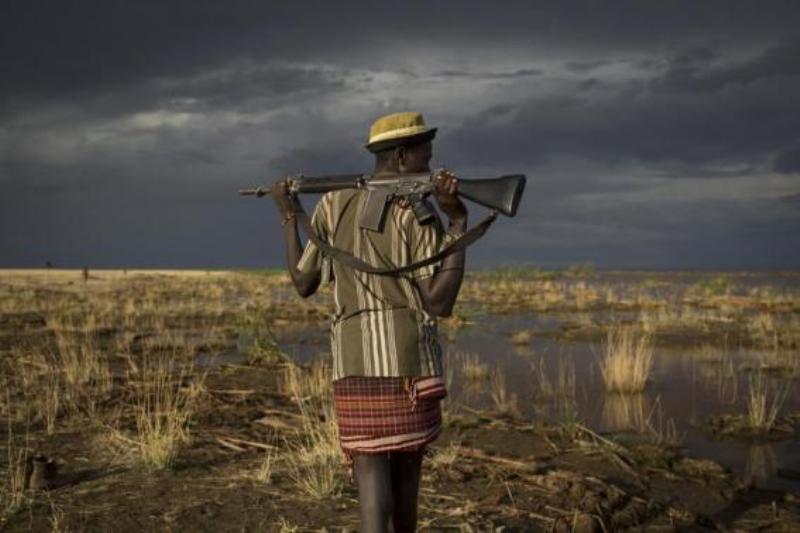 Nairobi (HAN) May 14, 2014. The News opinion By Celeste Hicks. As the Kenyan government aims to get legislation governing its emerging oil sector before parliament by June, many are starting to ask whether the country will overtake Uganda and become East Africa’s first oil exporter. Kenyan current leader Uhuru who leads  East Africa’s largest economy, expects to resolve a maritime border dispute with Somalia to expand oil and gas exploration in the area, Jubaland as well as Somali Kenyan borders.


Celeste points that, With reserves estimated at 600 million recoverable barrels of oil in the Lake Turkana region and the UK’s Tullow Oil reporting a number of successful well tests, there are many within the country who believe production could start as early as 2016. Tullow Oil certainly seems confident that more is to come, saying in their annual report 2013 that “Uganda and Kenya are now at the heart of an emerging powerhouse in future global oil supply markets”.

But while Tullow continues its exploration in the South Lokichar Basin where a number of successful wells have already been drilled including Ngamia and Twiga, there are a number of issues that stand in the way of rapid development.

Firstly, although the government says it wants to pass legislation before production contracts are issued, there are many who feel the progress on the laws should be slower and more measured. “We’re trying to do too much at the same time” says one industry insider who has worked in the sector since the 1980s; “President Kenyatta wants oil production to happen as quickly as possible, and certainly before the next election so that he can claim credit”.

Somewhat unusually, if making a comparison with oil laws in other newer oil-producing countries, Kenya has put provisions on the upstream, midstream and downstream petroleum sector in a much wider Bill which also covers electricity generation as well as a number of other energy sources including geothermal, nuclear and renewables.

Civil society groups believe this is too broad, and complain that the pressure to pass the law quickly is hampering efforts to encourage public participation. “A lot of the discussions are taking place in Nairobi which is far removed from the Turkana community who will be the most affected” says Charles Wanguhu from the Kenya Civil Society Platform on Oil and Gas.

A second brake on speedy development is the issue of an export pipeline. Currently the most promising route looks to run some 850 km from South Lokichar to Lamu on the Kenyan coast. However, this would be an enormous venture; because Kenya’s waxy crude solidifies at ambient temperature the pipeline would have to be heated, as well as buried underground for safety. At an estimated cost of $4bn it would be the longest heated pipeline in the world.

There is some optimism that neighbouring Uganda and South Sudan may join the pipeline project and split the costs, but with Uganda’s insistence on first establishing a 30,000bpd refinery in the Lake Albert basin to provide fuel for regional markets and South Sudan still reeling from the political crisis of the last six months, a joint decision looks unlikely in the short term. Tullow Oil has already said it would not be involved in the construction of a pipeline, which leaves Kenya to search for investors or to pay for the project alone.

There is also the issue of managing community relations. Although the new law does provide for 20% of the projected revenue to be sent directly to the producing community in Turkana County, one of the poorest and most marginalised areas of Kenya, there is still frustration. In October 2013 Tullow Oil was forced to temporarily close its site at Twiga after a group of angry protestors broke in calling for more jobs for locals. Tullow Oil subsequently signed a MoU with community leaders re-affirming its commitment to create local opportunities and says in its annual report that of just over 100 staff in Kenya, 86% are Kenyans; but it is often the case that the oil industry does not create large numbers of jobs, and most of those are in skilled sectors.

And while the focus seems to be on creating jobs, local campaign group Friends of Lake Turkana (FOLT) says the real worry should be protecting livelihoods that already exist; “Everyone wants to work in oil, but agriculture, fishing and the pastoral way of life will have to continue” says Ikal Angelei, director of FOLT; “Not enough is being done to protect the environment, the water table and tree cover, or to stop the Lake fishing waters getting polluted”

In neighbouring Uganda similar discussions about how to make oil work for the benefit of the population are part of the reason for the country’s slower progress on bringing its estimated 1.7 billion barrels of reserves in the Albertine Basin into production. Debates on the country’s first two upstream laws took over two years, and a new bill dealing with fiscal management is currently under discussion and may not be passed until later this year.

Even if Kenya does overcome hurdles and manages to get its petroleum to market faster, a more cautious approach like Uganda’s may be better in the long run, argues Global Witness’ Uganda campaigner George Boden; “The oil is not going anywhere, going slow and getting it right should be in the interests of the country”. With so much experience of the ‘resource curse’ from other corners of the continent, Kenya may be wiser to tread carefully and learn how other countries have tried to avoid it.

Celeste Hicks, Africanargumants: Celeste is a freelance journalist with a focus on African issues. She has a particular interest in the Sahel. @chadceleste

Photo: An armed Turkana man walks towards the shores of Lake Turkana